In furtherance of Buhari administration’s reform agenda to improve the business climate in the country through its ease of doing business initiative, the Presidential Enabling Business Environment Council (PEBEC) presented the National Action Plan 3.0 (NAP 3.0) scorecard, indicating an improvement on reforms aimed at making Nigeria a progressively easier place to do business.

The performance report was formally presented on Monday at the Presidential Villa, Abuja, to the Council, which is chaired by Vice President Yemi Osinbajo, SAN.

The plan, which is third in the series of accelerated interventions, ran from 5th February to 5th April, 2018 and achieved a 68% success rate, the Senior Special Assistant to the President on Industry, Trade and Investment, Dr. Jumoke Oduwole, noted.

Following the directive of the Vice President, the Council also approved a 14-day extension of NAP 3.0 till 22nd April 2018. This is to allow Ministries, Departments, and Agencies (MDAs) additional time to round up reform initiatives that had already shown significant progress but were not completed as at 5th April 2018. This is to ensure Nigeria’s continued upward progress in the World Bank’s Ease of Doing Business Index 2019, while also deepening and institutionalizing the reforms.

NAP 3.0 was aimed at reducing the challenges faced by SMEs, amongst others, by removing critical bottlenecks and bureaucratic constraints to doing business in Nigeria.

The Vice President urged for more improved performance in areas that have shown significant progress, noting that “a lot of businesses are doing so well and would need all the support that we can give them to thrive.”

Some of the reforms implemented include; the elimination of passenger service charge (PSC) stickers at airports across Nigeria; clearance of all pending registration applications as at December 2017 by NAFDAC; NAFDAC enforced compliance to 90 days timeline to complete registration of products; clarification of the palletization policy to the relevant stakeholders; the elimination of the Infrastructure Development Charge (IDC) for warehouses in Lagos which reduced the cost of obtaining a construction permit from 26.3% of estimated warehouse value to 2.30% of the estimated warehouse value.

It would be recalled that the reforms implemented across various sectors of the economy and Ministries, Departments, and Agencies (MDAs) of government had seen Nigeria move up 24 places in the World Bank’s Ease of Doing Business Index 2018. As a result of the reforms, Nigeria moved up from 169th position on the 2017 ranking and also 170th position on the 2016 ranking to 145 in the World Bank’s 2018 report.

Others at the meeting include Comptroller General, Nigeria Customs Service, Hameed Ibrahim; Sen. Bala Na’allah; and other government officials. 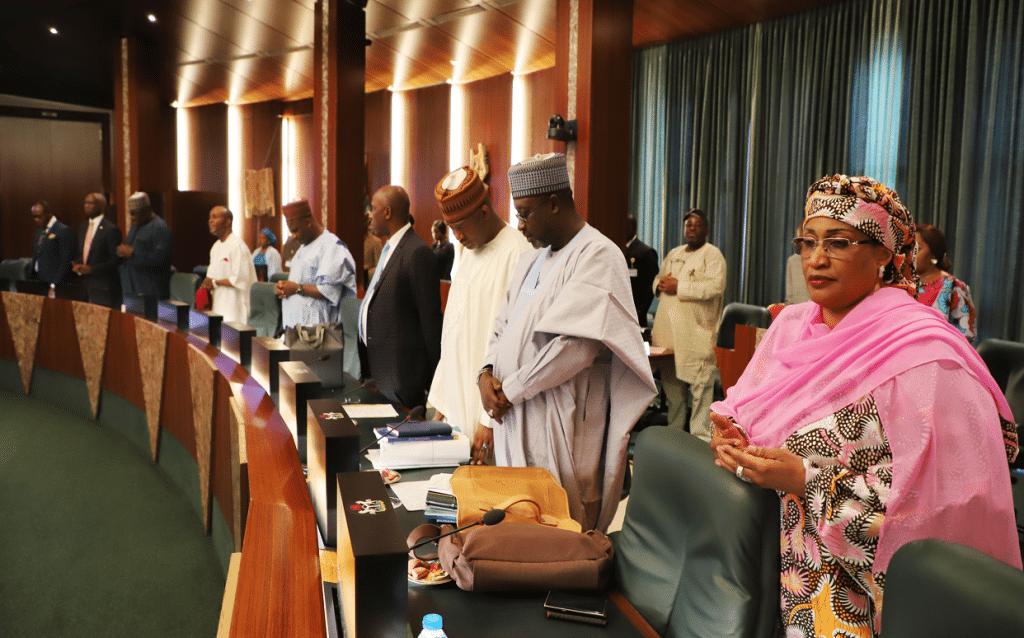