*President asks for survey to determine extent of destruction

*Local people in the affected areas will play role in reconstruction

President Muhammadu Buhari has directed the National Emergency Management Agency (NEMA) to commence an assessment of the extent of damage in communities affected by violence caused by herdsmen-farmers clashes in some parts of the country.

This was stated by Vice President Yemi Osinbajo, SAN, today during the inaugural meeting of the recently composed Governing Council of NEMA at the Presidential Villa, Abuja.

Prof. Osinbajo said, “Mr. President has directed that we do a survey and assessment on the damage done to towns cities, communities that have been affected by violence in some parts of the country, including the farmers-herders clashes. NEMA will play a leading role in this and the Presidency will also provide direct support.

It will be recalled that, at the monthly meeting of the National Economic Council (NEC) on February 15, Prof. Osinbajo informed the Council that President Buhari had approved the formation of a national Committee to look into the rebuilding of communities affected by the violence in the affected states. This is in line with the Buhari administration’s commitment towards finding permanent solutions to the herdsmen-farmers clashes in some parts of the country, and ensuring the peace.

During today’s inaugural meeting, the Vice President, who is the chairman of the Governing Council, congratulated the new members and expressed the hope that the board would continue to be committed to the task ahead, adding that NEMA has been very visible in its role.

“NEMA has been taking on assignments even beyond its mandate. This is a responsibility that we must take seriously,” he said.

The Vice President further urged the agency to devote more to public sensitization regarding matters of emergency in the country and what the public needs to do in such circumstances.

Prof. Osinbajo added that NEMA should engage stakeholders more to participate in addressing its responsibilities, including the private sector and Civil Society Organisations (CSOs).

At the meeting, the Director-General, NEMA, Engr. Mustapha Yunusa Maihaja, made a presentation on the work, role and challenges of the agency.

Led by Mr. Bayo Owolabi, the delegation thanked the Vice President for his role in Nigeria’s improved ranking in the World Bank Doing Business report, while also commending the Federal Government for its efforts in improving the country’s economy generally, supporting the establishment of technology hubs in the country, among other socio-economic development initiatives.

Laolu Akande
Senior Special Assistant to the President on Media and Publicity
Office of the Vice President
3rd April, 2018 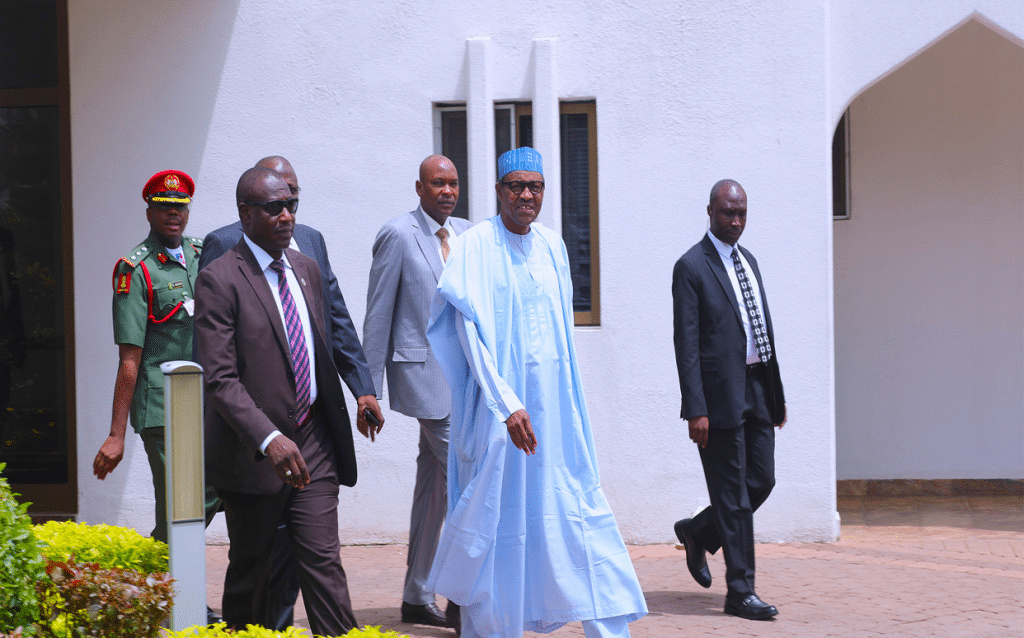