Nigeria’s youths will achieve more if they collaborate more on projects that will benefit them and also boost the nation’s capacity in innovation and technology, according to Vice President Yemi Osinbajo, SAN.

Prof. Osinbajo said this when he received a delegation of young Nigerian innovators and beneficiaries of grants from the Growth and Employment (GEM) Project, an initiative of the Federal Government under the Federal Ministry of Industry, Trade and Investment, which is supported by the World Bank and the DFID.

In furtherance of the Buhari administration’s economic empowerment initiatives, the project empowers young Nigerian innovators and entrepreneurs with sustainable and innovative business models that will create more jobs for Nigerians and contribute to the nation’s economic growth.

“I am happy that everyone is a co-founder; it speaks to what we say about collaboration and working together, and also with international players,” the Vice President said.

At the meeting, the young entrepreneurs showcased their business models during short presentations to Vice President, who commended them for their efforts and engaged them with questions on the sustainability of their laudable projects.

It will be recalled that the innovators were selected following the Aso Villa Demo Day (AVDD), a technological innovation competition organised by the Presidency earlier in the year.

Also, at the meeting was the Minister of Health, Prof. Isaac Adewole.

In his remarks, the Project Coordinator of the GEM Project, Mr. Ugo Ikemba, thanked the Vice President for all the support the Buhari administration has given to the project since its inception. He said the project will continue to find platforms to support Micro, Small and Medium Enterprises (MSMEs) by enabling them get more access to funding.

In the same vein, the Director-General of Nigerian Automotive Design and Development Council (NADDC), Mr. Jelani Aliyu, thanked the Presidency for providing leadership that supports and empowers young Nigerians to dream and innovate. 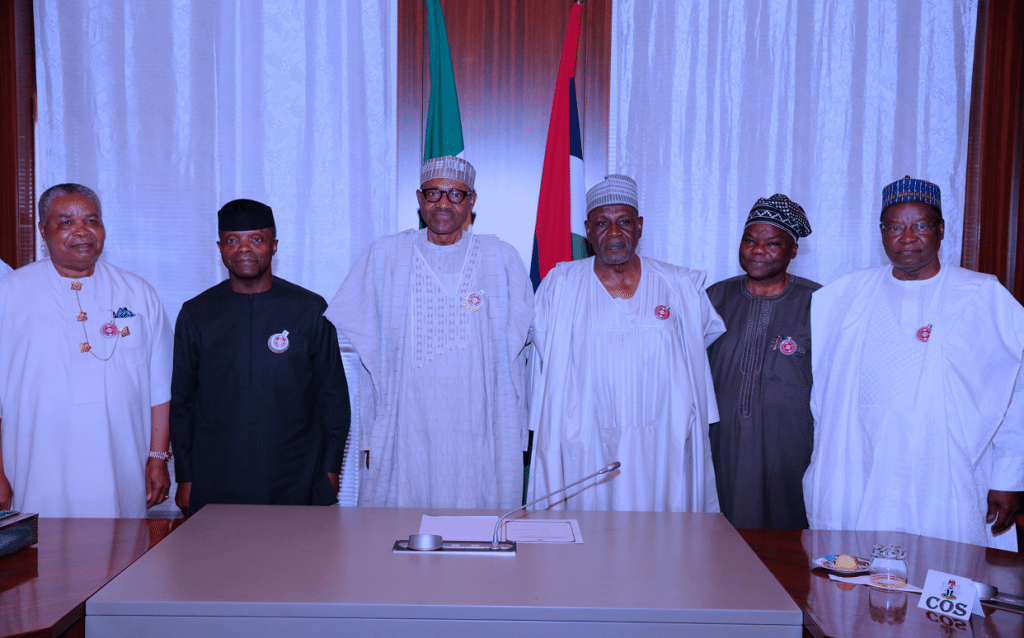 Next Post Press Release: All Those Found Guilty in Osborne Towers Scandal Will Be Sanctioned - President Buhari