Promoting national unity and cohesion amongst Nigeria’s diverse population rather than divisiveness will guarantee the kind of progress and prosperity that citizens have long desired, according to Vice President Yemi Osinbajo, SAN.

Prof. Osinbajo stated this on Tuesday in Lagos while delivering the 70th Anniversary Lecture of the Lagos Country Club, entitled, “Promoting National Cohesion for Progress and Prosperity.”

According to him, “Everything we have learned from the annals of history and from contemporary reports from all over the world, tells us that social diversity can either be a trigger for conflict or a fountain of prosperity and progress.

“Diversity in and of itself is not a problem; it is what we do with it that matters. Whether or not sociocultural variety results in strife or collective success entirely depends on how a society choose to manage it.”

The Vice President said though the challenges of insecurity occasioned by hate speech and promotion of divisiveness is not peculiar to Nigeria alone, the same principle of diversity and national cohesion driving economic growth in other successful nations applies even in Nigeria.

Citing local examples of States that have harnessed their diversities to attain some levels of progress and prosperity, the Vice President said, “our most dynamic economic spaces have been historically multicultural cities like Lagos and Kano”.

“Lagos as a port city obviously benefitted from its coastal location as a gateway to the African continent for traders and adventurers from beyond the seas as well as from the hinterland. Kano was a major terminal on the trans-Saharan trade drawing commercial traffic from as far North as the Maghreb and the Middle East and from Southern Nigeria.

“The conscious decision of Bola Tinubu then Governor of Lagos to appoint his commissioners from everywhere in Nigeria is partly responsible for the peerless progress of Lagos State.

“Lagos undertook fiscal, real property, judicial and environmental reforms that has made the State a model for the rest of the country. Nigeria is the same nation that produced Philip Emeagwali, an Igbo Christian; Africa’s first Nobel laureate in Literature, Prof. Wole Soyinka, Yoruba, of no known religion; and Jelani Aliyu, Fulani, Muslim, a world class designer of motor vehicles. Nigeria is the nation it is because of the collective strength of its many talents, attributes and contours.

“From the foregoing, it is clear that when we create spaces for migratory talent to flourish without discrimination, there is an economic multiplier effect that results in an ever-increasing radius of growth,” he said.

Continuing, Prof. Osinbajo said, “It is no accident that that the most affluent economies in the world are places that have learned to leverage diversity. In the 21st century, the true wealth of nations is human capital.”

According to him, “this means that places that have learned to attract and retain the most diverse pool of skilled human resources are easily winning the race for success. Diversity means a multiplicity of perspectives and world views, but this also provides a broad range of cultural, philosophical and intellectual approaches for solving problems.

“In this rich soil, nourished by various ideas and schools of thought, productive synthesis is possible and innovation flourishes. Thus, the world’s richest nations are those places that have learned how to attract talent from various places and to harness diversity as a driver of growth.”

The Vice President said Nigeria can transform its diversity into cohesion that would lead to greater prosperity, noting that the Buhari administration has adopted and initiated programmes that leveraged on the diversity of Nigeria’s population.

He said, “The classification of Nigerians as “indigenes” and “non-indigenes” is our own form of divisionism and has long contradicted our declared aspirations towards unity in diversity. All that should matter in evaluating ourselves is where we live and fulfil our civic obligations. This is why our Social Investment Programmes are being administered on the basis of residency.

“The eligible beneficiaries were selected based on their states of residence and none was discriminated against on any basis. This approach is consistent with our broader philosophy of fostering national cohesion by broadening access to opportunity for all Nigerians without qualification.”

He urged Nigerians to “continue to defuse the potential perils of diversity by continuing to pursue measures that promote social inclusion and national cohesion.”

On ensuring the protection of rights, lives and property in a diverse society like Nigeria, Prof. Osinbajo said, “one of the most important ramparts of national cohesion are the guarantees of fundamental freedoms. The right to life, which comes with the duty of governments to ensure peace and security, freedom of movement, freedom of Worship, and the rule of law.”

According to him, “everyone must be reasonably assured that their lives and livelihoods will be protected by government, that their disputes will be fairly and justly resolved regardless of their ethnicity or faith. Our challenges as a nation basically centre around these issues – religious conflicts, farmer-herder clashes in the North Central and many parts of the North West, Boko Haram insurgency in the North East, and militancy in the Niger Delta.

“When law enforcement institutions are weak there is a huge opportunity to run divisive narratives. By that I mean that where, for example, the security agencies do not speedily apprehend criminals, or the criminal justice system is slow, then there is room for people to say that authorities don’t arrest and prosecute Fulani herders when they kill because the law enforcement officers are often not resident in the communities where they are posted for policing duties; then it is easier to promote doubt about their commitment to ensuring the safety of the communities they police.”

Still on the issue of law and order, the Vice President said, “where the quality and integrity of judges is in doubt, it is easier to find parochial reasons for unfavourable decisions.”

Citing the reforms carried out by the Lagos State Government between 1999 and 2007 as an example, the Vice President said “we must strengthen our judicial system, first by the appointment of judges of integrity and sound legal knowledge and then putting in place a welfare package that discourages misconduct.”

He added, “In diverse societies we must do all that is necessary to strengthen the institutions of law enforcement, security and the rule of law. The challenge is dynamic and our approach must also be dynamic.

“Which is why I believe that State Police in a large, diverse federation is imperative. However, this requires constitutional amendment a product of consensus of our legislators. In the interim the Federal Government has approved the community policing option.

“The IGP recently announced the plan. An important component is that in the new approach to police recruitments. Police officers will be recruited in each local government and after training will be required to remain in their local governments.

“The plan also involves interfaces between traditional rulers, State neighbourhood watch or vigilante programmes and the police. The security architecture is now being reengineered for greater use of technology and more integration of the use of security platforms.” 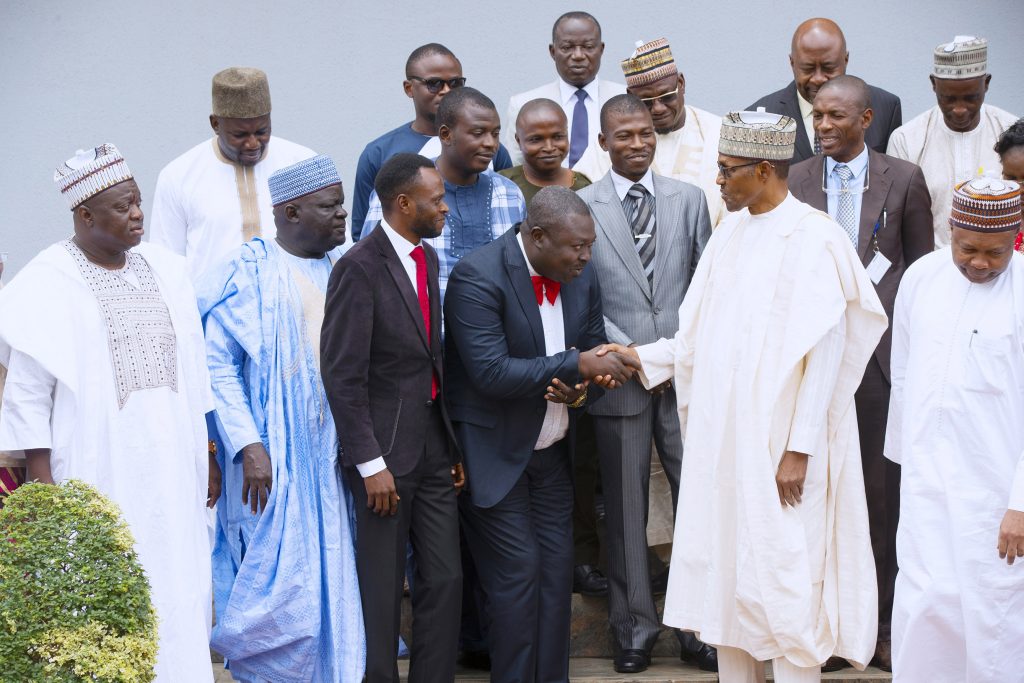