Let me say that I’m really quite excited to be here with you. I did not know about the existence of the Online Publishers Association until I was informed a couple of weeks ago. If there was, in fact, an association, I’d hope that it would be an association such as this.

I’ve been involved one way or the other with writing about the Press. I co-author a book titled “Media Law in Nigeria” in 1991 and it’s still available. But one of the very important things that came up then was the whole concept of Press Freedom in 1991 and obviously, all you had was traditional media. As a matter of fact, the only problem existing then were people called pamphleteers in other words, people who just make pamphlets and distribute them at bus-stops. They were the only unregulated part of the media in that sect. Today, people actually have websites, that can communicate with millions of people or thousands of people depending on what that may be within seconds even greater reach than the traditional media in many cases.

To think that when I was writing in 1990 or 1991, we knew about the existence of the internet, but the internet at that time was of course, not anywhere near what it is now. I think the American military was probably the only one using the internet with any great degree.

So, I think we’re in an interesting place today. The free press has arrived at its best possible time and also possibly its worst time. It is the best time for the free press because digital technology and the internet have landed is the ultimate definition of freedom of expression: all of us can have access to and even own a medium. Any medium of communication is available to us now.

But it also means anyone, even a crazy person, an anarchist can use any medium on the internet to spread inciting messages, hate speech, distorted facts or just false news or fake news as it is called today. The media then can be either a responsible gatekeeper or an enabler of fake news.

At the moment the latter sadly appears to be the case – mainly because no importance is attached to fact-checking. More often than not, the media and new media in particular with more damaging effect have proven to be enablers and amplifiers of unverified information and news. Some of it is harmless and really may not have much of an impact. There is a considerable amount of it that can create harm.

So, a situation in which all that is reported is what people said, without bringing scrutiny to the issues at stake, is untenable. If a politician, for example, cites a figure say, Nigeria’s debt profile is $30 trillion, or poverty rate is 100%, while it is your duty to report what has been said, it is even more important to situate it within the context of the actual, verifiable, truth. What is the truth? Because the truth is also verifiable.

This applies also to statements that might be deemed offensive, perhaps to an ethnic or religious group – what is known as Hate Speech. Years ago when I was Attorney-General in Lagos State and we were in the opposition, we declared June 12 the public holiday. And the Federal Government said May 29 is Democracy Day while we declared June 12 Democracy Day and a public holiday. But the Federal Government said no, May 29 was the Democracy Day and that we had no right to declare a public holiday. I called the press, showed them the law, that there is a Public Holiday Act, that the state can declare public holiday within its own jurisdiction. What a state cannot do is to declare a national holiday but it can declare public holiday within the state, as long as it is within the state, and we showed all that, cited the place and gave copies of the law to the press but when this was going to be reported it was reported as Attorney General of Lagos State says, “Lagos State can declare public holidays”; “Federal Attorney General says, not true, Lagos cannot declare”, so the controversy continued.

So, what we are experiencing today is not new. That is the point I am making, that time and time again, the press, and when you say the press, it is everybody who uses a medium and owns a medium, the press is so lazy in checking facts and it is a dangerous situation, and that is why in many ways, our press is not where it is ought to be.

These days I see some online medium that actually does some fact-checking and I’ve seen quite a few, I’ve seen the Premium Times, for example, I’ve seen some facts checking and they actually take the trouble to check.

Of course, election cycles heighten ethnic and religious tensions and tend to throw up great threats and challenges to our unity and security as a nation. It is even more so, the case today that we just must be more responsive because anybody on their beds can launch a website, post images from anywhere in the world and tell whatever story he wishes. So the online publisher is essentially in a poorly regulated space and you can publish practically anything, even outright falsehoods. Perhaps, the worst that can happen is a libel action if your publication tarnishes a person’s reputation.

The problem with the current situation is that online news may lose credibility and that is a very bad situation because the loss of credibility is bad for everybody, bad for business and weakens an important social tool of public communication which is online.

So what can be done? I have three suggestions.

First is what you are doing – that willing online publishers can self-regulate. Agree on a code of ethics and everyone who signs opens themselves to some kind of peer review. A signatory to the code can also carry a special logo on his or her publication to indicate to the whole world that the publication is one that observes professional standards. I think that there must be a way of eliciting the online medium in such a way that there is an elite group of people who hold themselves to certain standards and there is a way of peer reviewing those standards and ensuring the standards are met and mapping out those who belong to that association. Their publications also carry marks that show that this is a publication that holds itself to some responsible standards.

Second, is to actively support local and international frameworks for preventing the misuse of social media, there is a lot of work going on locally and internationally in particular. This in my view, is self-preservation. It is self- preservation for others who are saying “let’s regulate this space. This is space is good for business and I can make a living from it.” If it is better regulated and if it is not open to charlatans on every side, you will do well in this medium.

For me, I think it is self-preservative to cooperate with others who are doing very important work in trying to create some kind of regulated space. Of course, we have got to be always conscious of over-regulation or infractions of the freedom of the press or freedom of information, that is why you cannot let government be the one to regulate you. It important that self-regulation is robust enough to prevent a situation where government or formal establishments pass laws and things that actually then begin to regulate. I think once self-regulation is robust enough, it is easier to then make the case that we should not have government regulation.

The third is to encourage and promote forums such as this for online practitioners to engage and develop by interaction with others. As for elections, I think it affords an opportunity for an online publication to become well established as a credible and speedy source of news and information. News on election results will be so sought after that anyone who can provide them accurately and in a timely fashion, will be the go-to-site even in the future.

The point to bear in mind is that integrity pays. Being the first to break the news, especially when it is unverified, might bring in some traffic initially, but it doesn’t take that long to lose reputation. And once the credibility of the publication is damaged, people will not take the news seriously.

So, this election cycle also offers a unique opportunity for online publications to examine the prospects of agreeing to some ethical baselines, and to even appoint an Ombudsperson paid for by the association whose business is to receive reports of ethical violations and recommend correction or some agreed sanctions.

There is also an opportunity here for online media to establish a firm reputation as not just an unavoidable presence, but as credible interlocutors and purveyors of information.

So, on that note, I would like to thank you very much for the opportunity to speak to you this morning and to be here to formally declare open this Online Publishers’ Conference.

Released by:
Laolu Akande
Senior Special Assistant to the President on Media and Publicity
Office of the Vice President
January 16, 2019. 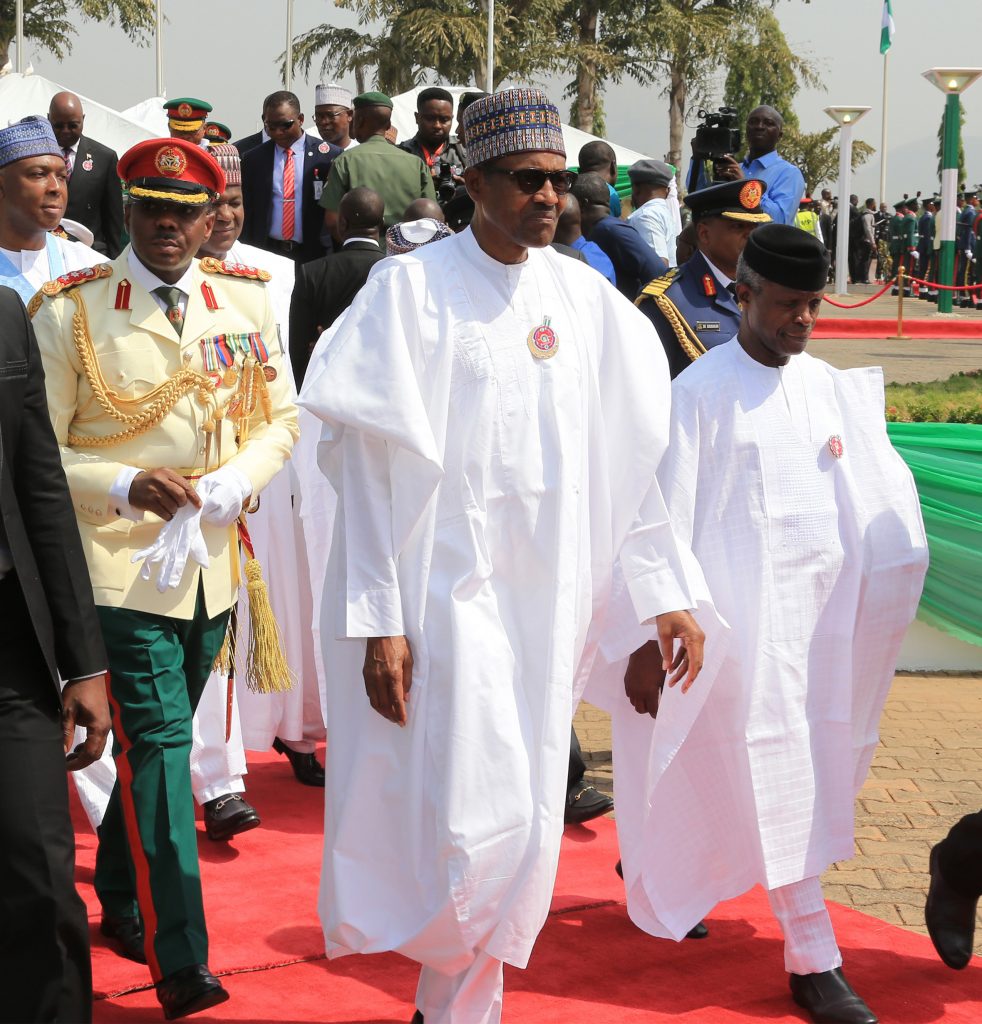