Speech: VP Osinbajo’s Remarks at the Inaugural Flagship Lecture of the Kukah Centre

It is a special privilege to welcome the President of the Republic of Ghana, President Nana Akufo-Addo, perhaps the one African President who Nigerians see as truly one of their own. The sheer number of invitations that President Akufo-Addo gets to speak here in Nigeria, I’m sure will only compare with the number of times he has to speak in Ghana.

But asides that, in barely a year in office, President Akufo-Addo’s strong and articulate voice on behalf of Africa has helped to present the African development story with insight, depth and above all, the hope that seems to have been missing in previous and even contemporary narratives.

But Your Excellency, it was a part of your honest and heartfelt presentation of Ghana’s democratic and development journey at the Cambridge Union on Democracy and Development that I found personally most instructive, especially your profound observation about the fundamental role of strong institutions, justice and the rule of law. This perhaps for me, is the most crucial issue in “How To Make Democracy Work for Africa.”

There is no question, that democracy and democratization are challenged everywhere, even in the oldest democracies, democracy is still a work-in-progress. That is one of the biggest lessons of recent years, as elections and referendums throw up new and unprecedented scenarios across the world.

The narrowness of the Brexit vote, and the way it has subsequently divided the United Kingdom, and the electoral rise of populist right wing and even extremist tendencies, are all examples of the grave threats to democracy.

Indeed, recently the Economist Intelligence Unit (EIU), which publishes an annual democracy Index, the 2017 Index “records the worst decline in global democracy in years. Not a single region recorded an improvement in its average score since 2016, as countless countries grapple with increasingly divided electorates.” It is clear that democracy is in somewhat, a turbulent trajectory.

But for Africa, challenges to democracy pose a graver threat because of a historical failure to invest sufficiently in nation building and state building. Many of the ethnic and other parochial tensions that have tended to create insecurity and outright conflict time and time again, are on account of failure to deliberately undertake nation – building efforts.

The elite, it appears prefer the status quo which sets the lowest possible bar for political advancement that is identity politics; where do you come from? Or to which religion do you belong? And it is through that paradigm that most issues are analyzed. So the real issues that concern our people are often diminished – good governance, jobs for a growing population of young people, poverty alleviation, peace and security, etc. Those are never properly analyzed, or even allowed to take their prominence in public debates especially in debates leading to elections.

So the forging of a national identity and purpose, built around agreed values and principles, is crucial for engendering commitment to national goals and sustaining peace and security.

That is the African story, democracy yes, elections yes, but the question of state building and the capacity of the state to deliver on its most important role which is security and ensuring justice and the rule of law, is often threatened because we simply have not invested enough in the institutions that make this possible.

So in ensuring security, problems of weak policing are some of the issues we experience. Also, the perception of the people on the efficiency and fairness of the justice system is affected by the slow pace of trials and the manipulation of the systems by those who can afford superior legal representation.

So you find that we have an anti- corruption war but questions remain as to how many people have been convicted? But the system can easily be manipulated because you put people on trial, but the trials can go on forever; we have a system that enables people to employ dilatory tactics. We need to strengthen the systems that people can rely and trust.

The solution is the modern State: to wit a merit-driven bureaucracy, a strong law and order architecture, the rule of law, and an adjudicatory system that is well resourced and immune to manipulation.

Let me end my remarks with one of President Akufo-Addo’s tweets which I found particularly instructive to the development especially of our thinking about where Africa should be headed in the next few years. I quote: “It is time for Africa to come of age and hold its rightful place on the world stage. This Africa will be neither victim nor a pawn. This Africa will be honest to itself and to the World.”

I must say that I agree entirely with that – the African leadership elite have run out of excuses, we can no longer go on with the African exceptionalism which we have seen and heard time and time again, that it is a different rule for Africa or different rules apply to Africa, no that is not true! The truth is just as President Akufo- Addo said, we can no longer hide under the excuses of being victims or pawns in the world order. The people of our nations expect us to deliver on the important promises that politicians make which is delivering social goods, ensuring our ever growing youth population get jobs, ensuring there is rule of law and security.

These are issues that remain prominent in Africa, so Your Excellency, it is my very special pleasure and privilege to welcome you to Nigeria once again.

Released by:
Laolu Akande
Senior Special Assistant to the President on Media and Publicity
Office of the Vice President
February 15, 2018 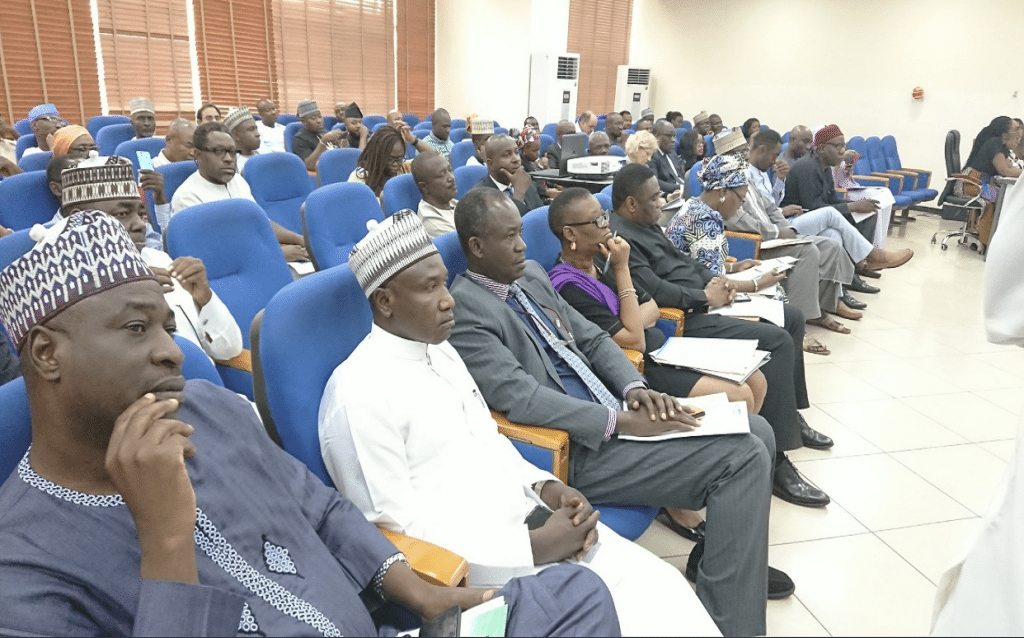