This note is written by one who is mindful of the fact that there are Nigerians, I mean the opponents of this administration, who have prayed and prayed very hard that our President in the course of his historic visit to the White House on Monday, April 30, 2018, would stumble badly or come back with nothing.

President Buhari, to the disappointment of this group, delivered a calm, brilliant performance. He refused to be provoked and did not get angry at the taunting. He instead turned his attention to the task at hand and at the end, came home satisfied that he got everything he wanted from the US administration. The Rose Garden worked out very much for him as a routine engagement, certainly not like the make-or-break meeting as some wanted it to be.

It is also important that records be set straight to counter the mischief of opponents, some of whom have started rendering false narratives of a meeting to which they were neither invited nor in any way aware of its details.

The meeting of the two leaders happened in three phases.

First, the one-on-one in which only the two of them were present. Then they had a working lunch, each leader accompanied by ten top officials. President Buhari had with him the Governors of Ogun and Plateau; the Ministers of Foreign Affairs, Justice, Industry, Trade and Investment; the Chairpersons of Senate and House of Representatives committees on international relations; the Director-General of the National Intelligence Agency, NIA; the Chief of Defence Staff and Nigeria’s Ambassador to the United States.

President Trump also brought with him the Director of the United States Agency for International Development (USAID) which I must emphasize, is significant to Nigeria given the fact that the U.S. remains the largest contributor to the on-going effort to reconstruct the Northeast and resettle its millions of displaced persons.

The third engagement involving the two leaders was the joint press conference by the leaders, aired live by some major TV networks across the world.

What did the meetings achieve?

First of all, it is important to state that from the very beginning, the two leaders got on very well with one another. They also shared a common respect for each other.

Some key remarks made by President Trump on our president sum this up:

He said President Buhari “is a rare leader”; he said “I respect him a lot” and said our leader had “succeeded in cutting down corruption”. He called President Buhari a “valued partner” and a “strong democrat.”

The two parties had agreed before the meeting that discussions will be on three key issues namely Security/Counter Terrorism, Trade, and Development of Democracy in Nigeria.

On security, the Nigerian delegation was pleased from the onset that the Trump administration had agreed to the major sale of military equipment to Nigeria. Team Nigeria was equally pleased about the much-increased role of the US in assisting the efforts to defeat terrorism in Nigeria and the Lake Chad region in general.

The President expressed appreciation for these and requested additional support to counter insurgency.

On the specific issue of the sale of the 12 Super Tucano A-29 warplanes and weapons to Nigeria to effectively fight terrorism, President Buhari told his American counterpart that we are pleased with this, but want delivery to be fast-tracked, given the security situation in the country.

Expectedly, President Trump said yes to this, and, additionally promised the sale of helicopters and about just everything President Buhari wanted.

Still on President Buhari’s meeting with Trump, it is important to explain the context of the remarks by President Trump where he was quoted as saying the U.S is concerned about the murder or killing, as he put it, of Christians. At the press conference, President Trump towards the end of his remarks, at the briefing, mentioned the protection of ‘‘innocent civilians of all faiths, including Muslims and Christians’’, which reporters left out.

In his remarks, the US President neither chided nor talked down on President Buhari. Saying that “we will do something about that,” is a clear expression of willingness to support Nigeria to bring to an end the unwanted killings. This is contrary to the press reporting which jumped on the issue, conveying a wrong impression that President Trump was only concerned about the lives of Christians. He mentioned Muslim lives as well.

Equally wrong was the hasty condemnation of the U.S. President by some Muslim groups in the country without the benefit of a full view and understanding of what was said and the context in which it was said.

The President also conveyed the country’s appreciation for the U.S. support for the humanitarian situation in the Northeast, with a contribution of 500 million US Dollars in cash and in-kind contributions, the highest by anyone, through the United Nations and other inter-governmental organizations.

But the scope of work to be done is larger than anyone had envisaged and Nigeria wanted the US to do more. President Trump didn’t say no, only that he wanted more access to the Nigerian market for their agricultural goods.

“For a country which we assist with USD 1 billion dollars every year, you must do more to open the market to us,” Trump said. These are matters to be debated and resolved.

This leads us to the next important issue- Trade. Pointedly, President Trump did not mince words when he said: ‘‘President Buhari has also taken several steps to fight corruption and improve the Nigerian business climate. And most of all to me — and again — is ripping down those trade barriers. These measures will make it easier for Nigeria and the United States companies to invest. And we will be investing substantially in Nigeria if they can create that level playing field that we have to very much ask for, and maybe demand.’’

In acknowledging the efforts of President Buhari and the significance of the Nigerian economy on the continent of Africa, President Trump promised to grow trade and commercial ties between the two countries to create wealth and jobs for the benefit of their citizens.

Some of the broad level discussions on the business side included the planned coming of a John Deer tractor assembly plant to produce 10,000 tractors, which will certainly create thousands of jobs in Nigeria. Also on the table were several investment proposals across the food value chain including the production of chemicals for crop protection; a large-scale seed production company in Nigeria; a food ingredients company that will, among others set up an oilseed crushing plant with a capacity for about 50 million tons and a business engagement with local partners for the facilitation of international merchandising of local farm produce, serving as a firm assurance of buyer at the time of harvest.

There are plans by the Dangote Group and others for new partnerships to bring research and high yielding crop varieties that have seen increases elsewhere from two to six tons of maize and two to seven tons of rice per acreage as achieved in Brazil and other countries.

Other new businesses proposed at the meetings included the setting up of consumer products by big giants like Proctor and Gamble, a refinery in Ogun, Burger King food chain and a plant for the production of Heinz tomato products, in all cases, walking back to integrate local producers of raw materials.

With the blessing of the two leaders, assets recovery is also getting a major boost. The Attorney-General and Minister of Justice, Abubakar Malami was directed to sit down with Jeff Sessions, his US counterpart to have a roadmap for the recovery of USD 500 million of Nigerian stolen assets hidden in the US. They will also finalize on the return of USD 1 million of the Diepreye Alamieyeseigha loot.

If the trip to the White House is to be judged according to its set objectives, there is nowhere it came short as some saucy opponents have said. President Buhari got everything we wanted from President Donald Trump.

When he was asked if Nigeria had succeeded in getting American to buy more of our oil, President Buhari said he did not. We have others buying our oil. Must we sell to a particular buyer?

This government will smartly work with the current American government, knowing that American interests are not always ours, as a strategic partner on security, anti-corruption economic growth and job creation.

By Garba Shehu
Senior Special Assistant to the President, Media & Publicity
May 3, 2018 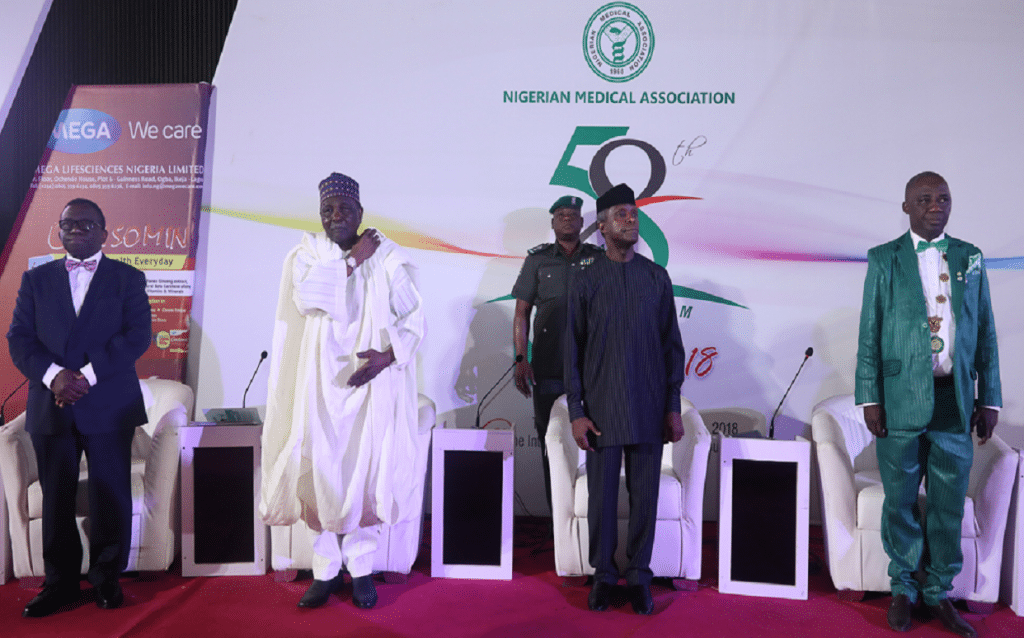 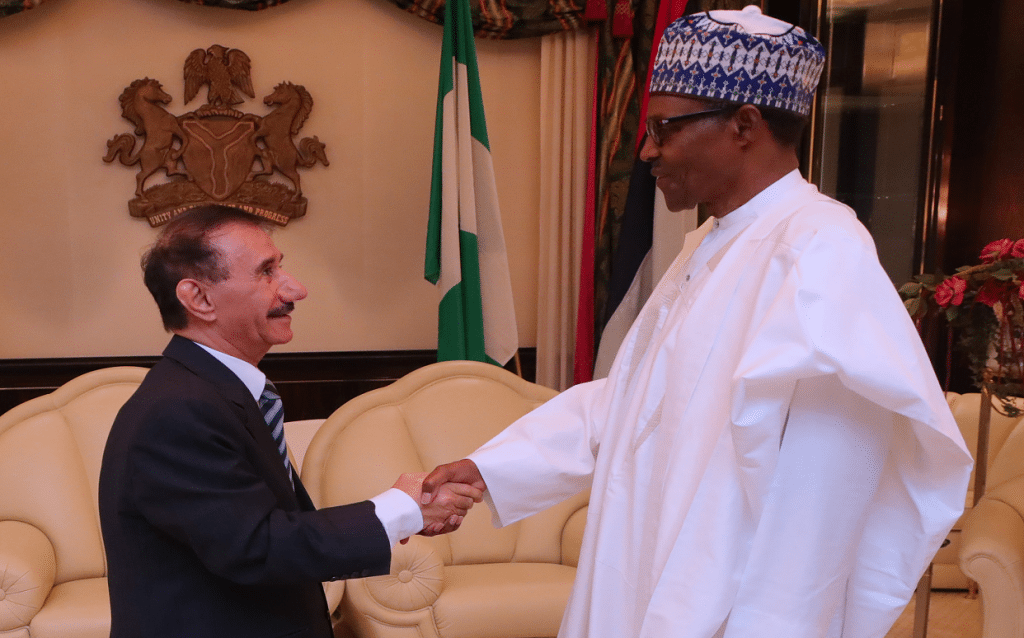