*Received at the UN, meets Pence Wednesday in White House

The potential, effort and impact being made by Nigerians in technology can enable the country roll out indigenous technology solutions that can transform the global space according to Vice President Yemi Osinbajo, SAN.

Prof. Osinbajo stated this Monday while interacting with interested investors and foreign policy experts on Nigeria’s economic prospects and related matters at the Council on Foreign Relations in New York City.

In a question and answer session after his opening remarks at the event, Prof Osinbajo was asked about the ongoing international dispute regarding some global technology firms and the issue of 5G.

He explained that even though Nigeria is yet to roll out 5G, “we do not have those complications (comparatively) in taking decisions in that regard. But, we practically welcome every company that wants to do business with us in Nigeria. Huawei is in Nigeria and so are all the other technology companies.

“We haven’t gone through any kind of decision making for rolling out the 5G technology; as a matter of fact we are going to roll out 5G ourselves. Talking about the equipment and technology; how did the Chinese get it? How did anyone else get the technology? We will do it ourselves.”

Speaking further, the Vice President who was optimistic about the possibility to developing homegrown capacity in the technology space said government would leverage the efforts and resourcefulness of youths to actualize its potentials in the sector.

“Our potential in technology and entertainment has been attracting huge attention. First is the market, at 174 million GSM phones, we are among the top ten telephone users in the world, and we have the highest percentage of people who use internet on their phones in the world,” Prof Osinbajo added.

Continuing he said “we are also number two in mobile internet banking in the world, and 17 million Nigerians are on Facebook. Microsoft has announced that it will establish a 100 million dollar African Development Centre in Nigeria.

“Second is the ever-growing number of technology startups, young digital entrepreneurs who are creating solutions to value chain and logistics challenges and creating thousands of jobs in the process. Andela, a software company training software developers for many Fortune 500 companies received a $24m dollar investment from Facebook.”

In the other sectors of the economy, the Vice President told the American audience that Nigeria remained the best place to invest given its market and enterprising population.

He said “now, we are opening up our power sector. We are asking power firms to come in and invest in end to end power supply. Power Africa – a USAID project has made a commitment of $110m over five years (2018 – 2023) to provide transaction support to the entire value-chain covering gas supply, distribution, transmission and generation activities with our population, and a market-driven power sector, so the next few years promise exciting prospects.

On agriculture, Prof. Osinbajo said “Nigeria has the 9th largest stock of arable land in the world. We have become world leaders in cassava, yams, sorghum, and millet, and we are on the threshold of self-sufficiency in paddy rice production.

“Seeing greater interest in agriculture and the agro-allied value chain, there is no question that aside from the export market, our population presents a massive and lucrative local market.”

Speaking specifically about what government was doing to revive manufacturing in the country, the Vice President said the Federal Government’s Project Made In Nigeria for Export, titled Project MINE was conceived to drive the country’s industrialization agenda.

According to him, “we are investing at the moment in the creation of special economic zones. Our Project MINE is designed to attract sunset industries from more advanced manufacturing economies, in search of affordable well-trained labor in Nigeria.

“At the moment we are focusing on industries for local manufacture of goods for which Nigeria has a comparative advantage. These include cotton, garments, leather, and light industrial manufacturing.”

Speaking further on efforts to improve domestic manufacturing, the Vice President said “the Nigerian Special Economic Zones Investment company is a public-private partnership established as the delivery vehicle for the project.

“Investors for the project include AFDB, Afroexim Bank, and AFC. Already work has begun in three locations. The Enyimba Economic City in Aba, Abia State, covers over 9500 hectares. Three international anchor tenants have been secured for phase one of the project. The city will be served by an existing IPP for power and will create 625,000 jobs when it is fully built.

“There is also the Lekki Model Industrial Park in partnership with the Lagos State Government in Lagos. It is set on 1000 hectares in the northeast cluster of Lekki Free Zone. It has already attracted world-class anchor tenants for textiles and garments, agro-processing and light industrial manufacturing including the number 1 Chinese and number 9 global textiles and garment group, (RUYI Group).

“The third project in its early stages is the Funtua Cotton Cluster in Katsina State which is in North West Nigeria. Funtua has the largest aggregation of cotton ginneries in Nigeria. The cluster will aggregate cotton from 800,000 farmers in Northern Nigeria and become the largest integrated cotton ginning, spinning and weaving complex in Sub Saharan Africa,” the Vice President noted.

According to him “gas had been flared for almost 60 years by major oil companies but in 2017 government approved the Nigerian Gas Flare Commercialisation Programme, designed to eliminate gas flaring through technically and commercially sustainable gas utilization projects. The Programme offers flared gas for sale through a transparent and competitive bidding process.”

After his interaction at the CFR, the Vice President was received at the United Nations by a team of top officials of the world body led by Deputy Secretary-General Amina Mohammed at the UN headquarters.

Prof. Osinbajo and the UN officials discussed ways Nigeria and the UN can further collaborate on national, regional and global issues.

The Vice President would be meeting his American counterpart tomorrow Wednesday at the White House before heading back to Abuja.

Previous Post For the Records: What VP osinbajo Said on Kidnapping 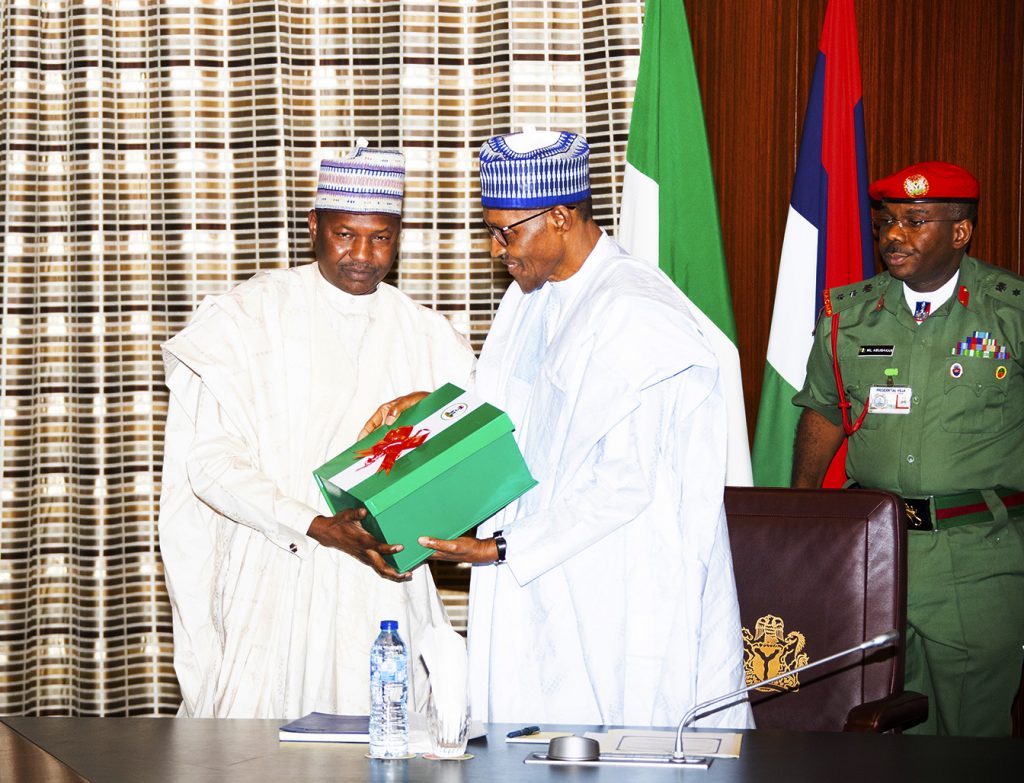