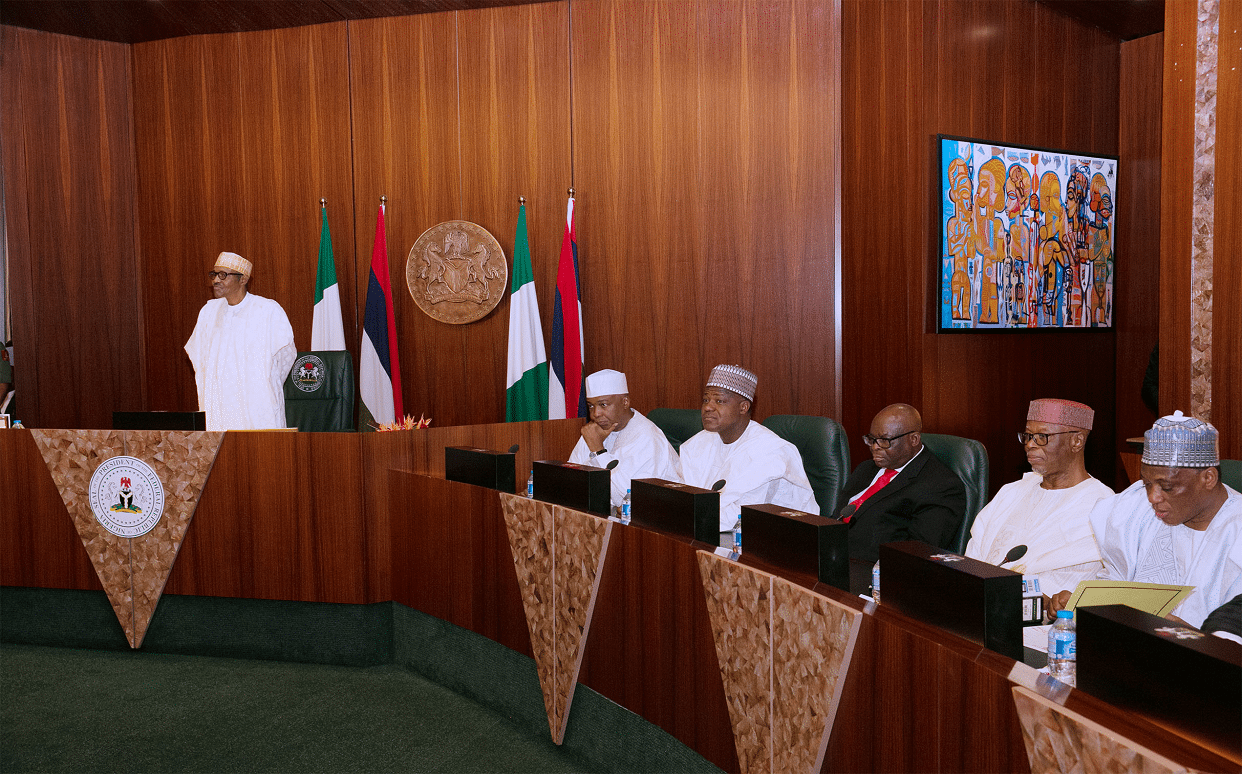 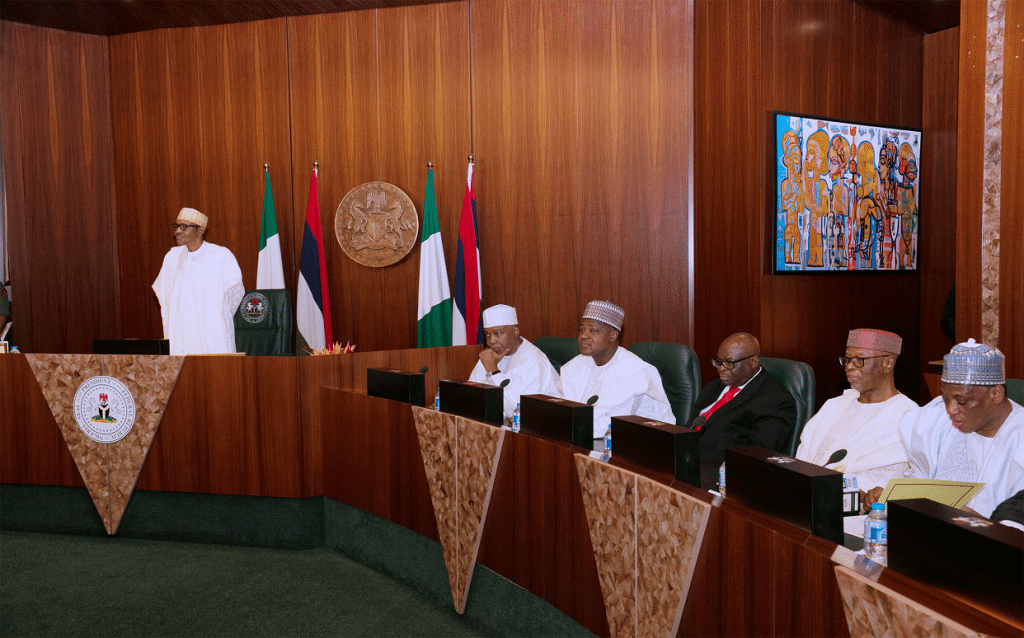 The President has sworn in the new Secretary of the Government of the Federation, Boss Mustapha at the FEC Meeting which held today in Abuja.

Boss Mustapha, prior to his appointment as the new SGF, was the Managing Director of the National Inland Waterways Authority (NIWA)

He has been appointed to replace former SGF, Babachir Lawal.

Attendees of the launch were also present for the swearing-in of Boss Mustapha at the FEC meeting. They include: Senate President, Bukola Saraki; Chief Justice of the Federation, Walter Onnoghen; House of Representatives Speaker, Yakubu Dogara; APC National Chairman, John Odigie-Oyegun; Chief of Defence Staff, Gen. Abayomi Gabriel Olonishakin; Governor of Adamawa State, Jibrila Bindow; service chiefs, the Inspector General of Police as well as heads of paramilitary agencies, among others.

They each decorated themselves after which the President acknowledged the launch to be a form of appreciation for the efforts of all veterans lost in the field of battle for the protection of the nation and the world as a whole. It was dedicated to armed forces who lost their lives fighting in the Nigerian Civil War, First and Second World Wars, and other peace support missions all over the world.

In his words, he said, “It is indeed worthwhile to honour the memory of our distinguished veterans who paid the supreme sacrifice to keep the country united. Some others have spent the best part of their lives in Service to keep our nation and the world in peace.

“The resolve by our countrymen and women to remain in one indivisible and indissoluble nation, Nigeria is at the centre of this celebration. Indeed the Remembrance Day Celebration is being marked on the 15th of January instead of 11th of November as in other Commonwealth nations to commemorate the end of the Nigerian civil war – a war that was fought to keep Nigeria one.

“We must therefore cast our minds back at the events that led to the civil war, the immense human capital loss of the tragic war, and resolve that never again shall we allow our dear nation by our actions or inactions to experience another war.”

VP Osinbajo Meets with Queen Maxima of The Netherlands

The Vice President met with a delegation led by Her majesty, Queen Maxima of the Netherlands who is also the United Nations’ Secretary-General’s Special Advocate for Inclusive Finance for Development,  at the Presidential Villa in Abuja.

They engaged in talks which centred on financial inclusion and access to credit facilities for Nigerians.

The Vice President buttressed the importance of financial inclusion for economic growth and assured delegates of the administration’s commitment to expanding access to credit facilities, financial products and improved financial services for Nigerians.

Speaking on the some of the steps this administration has taken with regards to providing access to credit, he said, “The convergence we are having in the Social Investment Programmes of this administration, as well as in agriculture, with smallholder farmers, is an indication of our commitment. In the past two years, we have been working hard to ensure that more Nigerians are financially inclusive. We are looking at engaging 500,000 unemployed graduates; we are also looking at getting the private sector more involved. We want to achieve more.”

Queen Maxima expressed her satisfaction with the progress Nigeria has made, notably with the administration’s Economic Growth and Recovery Plan (EGRP), and urged the country to do more with regards to financial inclusion in the country. 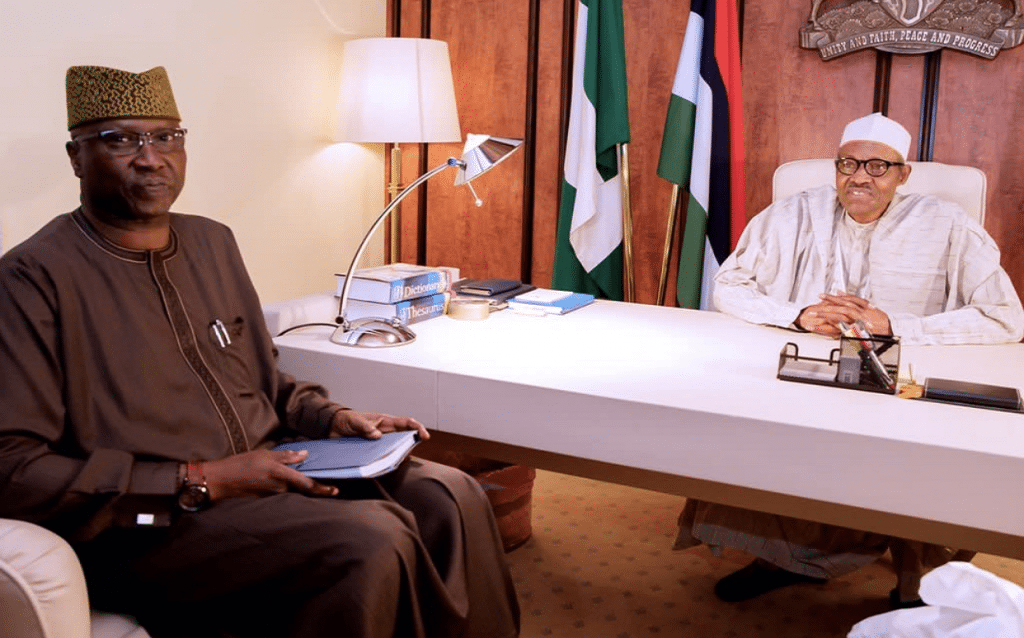