Attack on TraderMoni is an Attack on Hard-Working Nigerians, Says VP Spokesperson

*We don’t believe Nigerians’ loyalty is for sale

*Calls to suspend microcredit scheme for the common man is unbelievable

The call by some individuals under the auspices of a group named Southern and Middle Belt Leaders Forum to suspend the TraderMoni, one of the microcredit schemes of the Buhari administration’s Social Investment Programme, is both unbelievable and unfortunate, according to Mr. Laolu Akande, Spokesperson to the Vice President.

Akande, who was reacting to news report credited to the group, noted that such an attack on the Social Investment Programme (SIP) is a direct confrontation with the millions of Nigerians benefitting from all the SIPs, especially the projected 2m total who will be receiving the collateral-free loans by the end of the year.

“It is deceitful for anyone or group to accuse the Vice President Yemi Osinbajo, SAN, of advance vote-buying through TraderMoni, a micro-credit scheme designed to assist the bottom of the pyramid petty traders nationwide. This was the false claim contained in a communiqué jointly signed by the leadership of a group called Southern and Middle Belt Leaders Forum recently.”

According to Akande, the Senior Special Assistant to the President on Media & Publicity, “We do not think the Nigerian people are up for sale, nor can they be bought. Such suggestions are an insult on our collective identity. And calling for the suspension of a scheme that improves the businesses of ordinary, hardworking Nigerians, like petty traders, is not only unfair, but an attack on the common man.

“The Social Investment programme of the Buhari administration started in 2016, and the TraderMoni scheme is a part. So, it is false to even insinuate that the scheme was meant for advance vote-buying when it was conceived two years ago.

“TraderMoni, which is part of the Government Enterprise and Empowerment Programme (GEEP) under the SIPs, is designed to assist petty traders across the country expand their trade through the provision of collateral- and interest-free loans from N10,000. The loans are repayable over a period of six months.

“We will not choose to engage with the notion that Nigerians and their loyalty are for sale. This administration has proven over and over again that it is committed to the welfare of everyday Nigerians, the common man. That is why we started the largest Social Investment Programme in the history of our country. And we will not relent in staying connected with our people.

“This is a major reason why TraderMoni, which has since been formally launched in 33 states and the FCT, will continue nationwide as we intend to reach 2 million Nigerians by the end of the year. Over 809,000 Nigerians are currently beneficiaries of the microcredit scheme.

“Despite this being a season of upcoming elections and desperate politicians resorting to desperate measures, it is irresponsible for any group to play politics with the welfare of ordinary Nigerians – hardworking petty traders, who are simply making honest living and trying to support their families – and a microcredit scheme which is meant to help improve their businesses and means of livelihood.

“Besides the fact that petty traders are major contributors to the informal economy, most of them do not have access to loans from commercial banks which require collateral or interest, which would help them grow their business, and so the country’s economy.”

“Again, through TraderMoni, the Buhari administration is empowering ordinary Nigerians by improving financial inclusion in the grassroots.”

Akande clarified further that beneficiaries of TraderMoni are not required to show their Personal Voters Cards (PVCs) or any document to qualify for the interest-free loans. This is why the enumeration is done in the open markets and wherever the traders ply their trade.

“The Home-Grown School Feeding programme is now feeding over 9 million primary school pupils a free meal a day in 26 states nationwide; while almost 300,000 Nigerians are beneficiaries of the Conditional Cash Transfer.

“So far, over one million Nigerians are beneficiaries of GEEP schemes – MarketMoni, FarmerMoni and TraderMoni, while 500,000 young Nigerian graduates have been employed under the N-Power job scheme.

“Thus, we urge the group to halt its needless attack on the largest and most ambitious social investment programme in Nigeria’s history, and rather join hands to help our people.

“The Buhari administration remains committed to the welfare and upliftment of the common man and all Nigerians, regardless of party affiliations, and the Social Investment Programme is one of the major planks of this administration to improve their livelihood.” 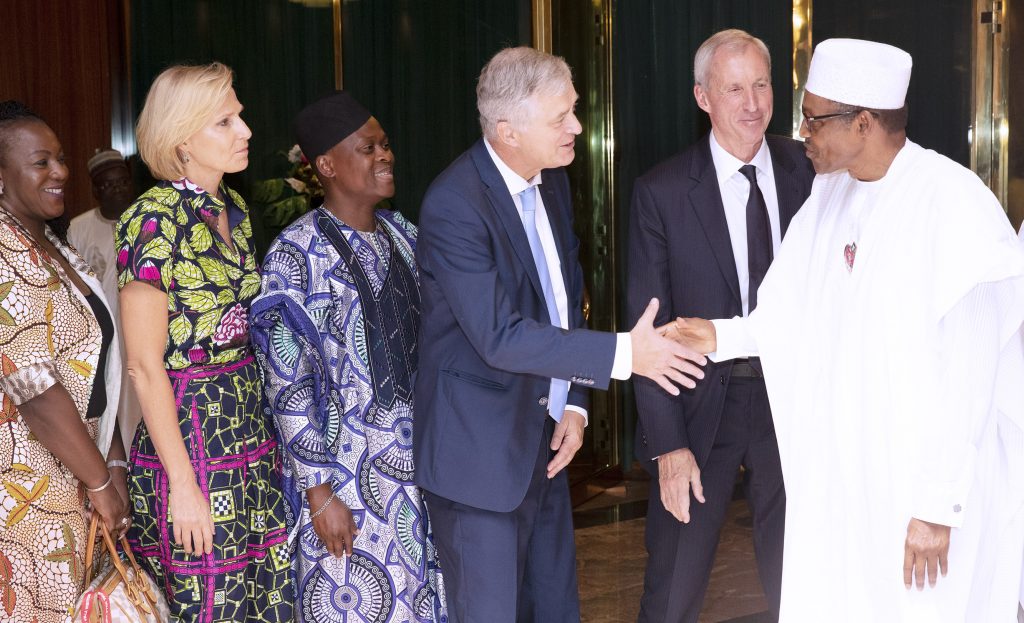 Next Post No Violations in Approval of N5.8B Emergency Food Intervention Fund for North East