The Federal Government is exploring all possibilities and opportunities to ensure that broadband connection is available to Nigerians.

Besides, the Buhari administration also plans to use technology to reduce some of the deficits in the healthcare and educational systems.

These assertions were made by Vice President Yemi Osinbajo, SAN, when he received a delegation from US based technology giant, Microsoft Corporation, at the Presidential Villa, Abuja, earlier today.

The delegation led by Mr. Phil Spencer, the Executive Vice President of Gaming at Microsoft, also discussed the firm’s plan to set up African Development Centres in two locations on the continent; Nigeria and Kenya.

According to Prof. Osinbajo, the government would be “looking forward to the development of the centre”, as well as encouraging Microsoft to “explore practically every opportunity and possibility” in the country.

The meeting was attended by a number of Federal Government and Microsoft officials, including Ms. Yewande Sadiku, the Executive Secretary of Nigerian Investment Promotion Commission, NIPC. 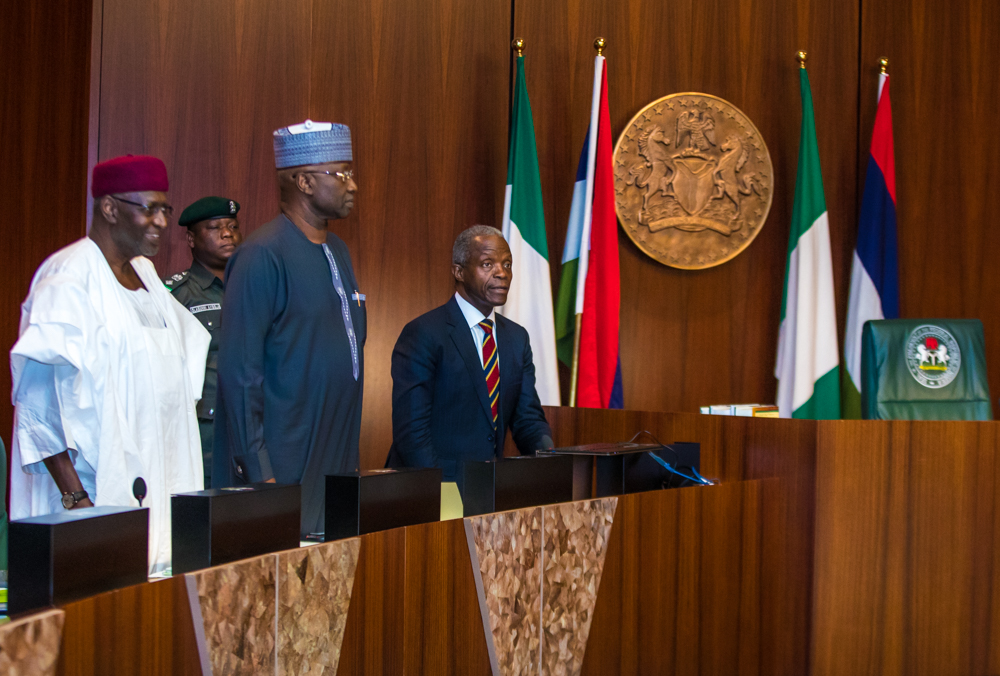