FG will Collaborate with State Governments to make Adequate Provisions for the People, VP Osinbajo

Following the recent flooding of communities in some states, Vice President Yemi Osinbajo, SAN has said the Federal Government, in collaboration with state governments, will continue to find a more lasting solution to the problem across the country.

Prof. Osinbajo gave the assurance yesterday during a tour of some communities submerged by flood in Bayelsa and Rivers States.

The Vice President who was flown over the affected communities in Rivers and Bayelsa, said government will find a permanent solution.

Addressing the immediate situation of the victims the VP noted that, “We are committed to seeing that you are appropriately and well cared for in whatever way that is possible.

“So many have lost farmlands and means of livelihood, so we have to assist in providing some means of resettlement, and that is one of the pledges that we are going to make today, that we will support the state government, and we will support all of you in the resettlement effort, because that is also more important. You are staying here but it is more important that you are resettled properly.”

Continuing, Prof Osinbajo said, “It is not a favour that we take care of the people, it is the duty of every government to take care of the people. That’s why am here with the Minister of Environment and the Director General of NEMA (National Emergency Management Agency) to take a look, by ourselves, to see and to experience firsthand what is going on here so that we can understand the type of response and the quality of response that is required.”

While commending the State governments and the relevant agencies for the prompt action and efforts at rehabilitating the people in the IDP camps across the states, Prof. Osinbajo assured that the Buhari administration as a caring government will provide support in whatever way so as to give succour to the people in the camps.

He said, “What we are trying to do is to support as much as possible, with NEMA. As you have heard, NEMA is already here on ground and they are working very hard with the State Emergency Management Agency, SEMA, to ensure that we are able to give both succour and comfort as possible. And that will involve provision of food, tents, mosquito nets.”

The Vice President who said he was in the states on the directive of President Muhammadu Buhari, noted that the most important aspect of the management was how to resettle the people after the water recedes, adding that adequate plans must be put in place to assist the victims.

At the IDP camp at St John Catholic Church, Igbogene, Prof. Osinbajo thanked the Very Rev. Fr. Joseph Ogbelema, who is the Vicar General of the Diocese, for the church’s efforts in assisting the flood victims. The Vice President added, “This is a wonderful thing you have done, I think that you have shown what it is that we as Christian leaders must do, which is to take care of those who need care.”

Prof. Osinbajo commended the people for their strong spirit and steadfastness, noting that despite their predicament and suffering due to the flood, they are not broken and have not given up on government.

Earlier, the Governor of Bayelsa State, Seriake Dickson, thanked the Vice President for finding time despite his very tight schedule to visit Bayelsa and see the condition of the IDPs and the level of devastation.

Aside from Igbogene and other communities in Bayelsa State, the Vice President visited IDPs in Mbiama and Akinima camps, all in Ahoada West Local Government Area of Rivers State.

Laolu Akande
Senior Special Assistant to the President on Media and Publicity
Office of the Vice President
20th October, 2018 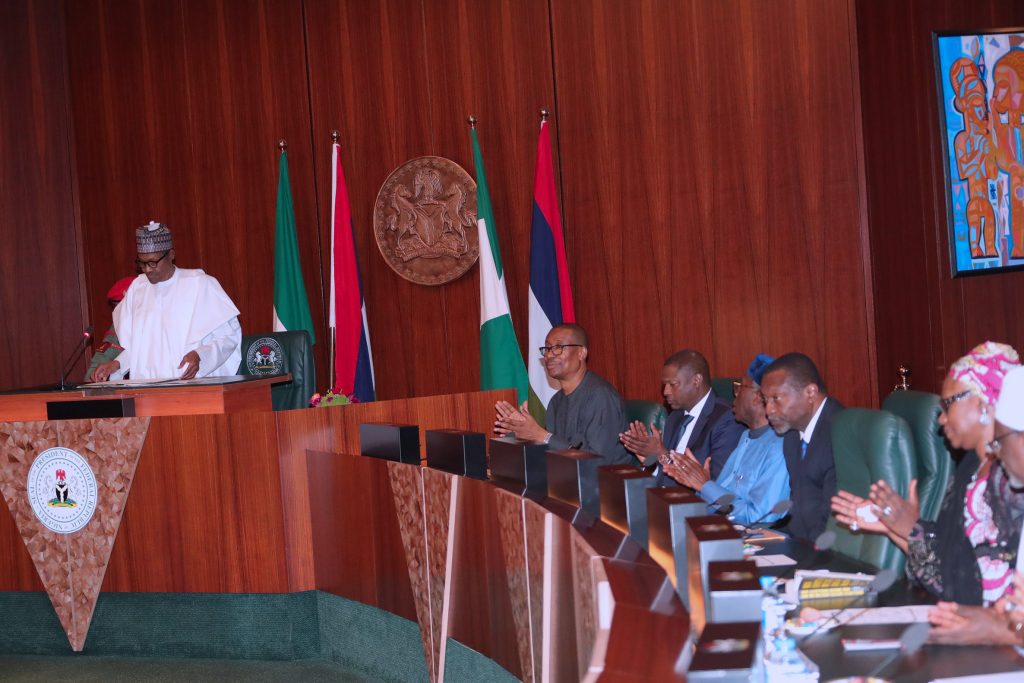