Vice President Yemi Osinbajo, SAN, has described recent killings and violence in Plateau State as vicious and horrible, reiterating the resolve of the Federal Government to find permanent solutions to problems of insecurity in the country and ensure that the perpetrators of the recent attacks in the State are brought to book.

Prof. Osinbajo said this on Monday during a visit to the State where he met with leaders and representatives of communities related to the conflicts.

He said, “We must condemn killings of any kind. It doesn’t matter whether these killings are by herdsmen killing villagers, or whether it is villagers who in one way or the other have killed others, including herdsmen. I think it is important that we condemn these killings, in particular these killings that have taken place where so many people have lost their lives in the last few days. There is no reason at all why anyone who commits these offences will escape.”

Noting that security have been beefed up by the deployment of more police and military personnel to the affected areas, the Vice President said justice will be done and those arrested will be duly prosecuted.

“The head of the Operation Safe Haven as well as the DIG (Police) have confirmed to me that some arrests have been made and those persons will face the law, and that more arrests will be made. I think it is important that we ensure that there is justice. I want you to be sure that we will do so, we will make sure that those who have been arrested are duly prosecuted, and that others who are engaged in this heinous conduct are also arrested and prosecuted.”

During the Vice President’s visit, he met with community leaders in the state, noting that government will look at how to implement several suggestions proffered by the leaders in resolving the herdsmen and farmers conflicts in the state.

He further said government remains committed to finding permanent solutions to the problems of insecurity.

“We must be bold enough to be able to tell our communities that resolving these disputes is a give-and-take issue. There is no zero sum here, with so many losses, so many deaths over time. But we must find a solution, and the solution is in the type of sacrifices that leaders are prepared to make,” the Vice President said.

Prof. Osinbajo further said that one of the most important issues that must be resolved is putting an end to the continuous cycle of killings and violence in the state.

“Those are the issues that happened that I talked about and we hope and pray that we will see an end to these cycles of violence. Again, we express our sincere condolences to all of those who have lost family and friends in this last spate of killing and we pray that the Almighty God will console the families and relations of those who have lost their lives. We pray that we never see again a repeat of these kinds of killings and these deaths,” the Vice President said.

He further emphasized that the Buhari administration is committed to finding a permanent solution to the conflicts.

Prof. Osinbajo added that the federal and state governments would see to the welfare and rehabilitation of dislocated persons from the affected communities.

“One of the critical issues that was raised is that fact that people who have “been dislocated from their villages and from their homesteads and who have not returned to those villages and home steads and those places have been taken over. I think that this is a serious issue, and an issue that the federal government, in collaboration with the state government, must take up, which we’ll ensure that we will take up,” he said.

Prof. Osinbajo said, “The DG of NEMA will ensure that that is done as relief materials are provided in various areas where they are required. We have also talked about the 10billion fund which the government approved for the rehabilitation of farms and farming communities; the farmers in particular. Fortunately, we have the Deputy Chairman for Food and Security Council who is here with us; the Governor of Kebbi. That fund is to enable farmers who have not been able to farm, but who have lost farmlands to be rehabilitated and we would provide for them inputs, we would provide whatever assistance is required so that they can go back to their farms and go back to farmlands and this we are going to make available also here in Plateau State.

“We will look at how to implement several of those suggestions as we go along. Some include the permanent positioning of security agencies in certain communities that are prone to these types of violence. And we intend to see how we can put in place permanent security, especially the police, and in some cases, military deployment in some of those places where flashpoints tend to be on a frequent basis. And we’ve agreed to some locations where this security deployment ought to be made.”

Laolu Akande
Senior Special Assistant to the President on Media and Publicity,
Office of the Vice President,
26th June, 2018 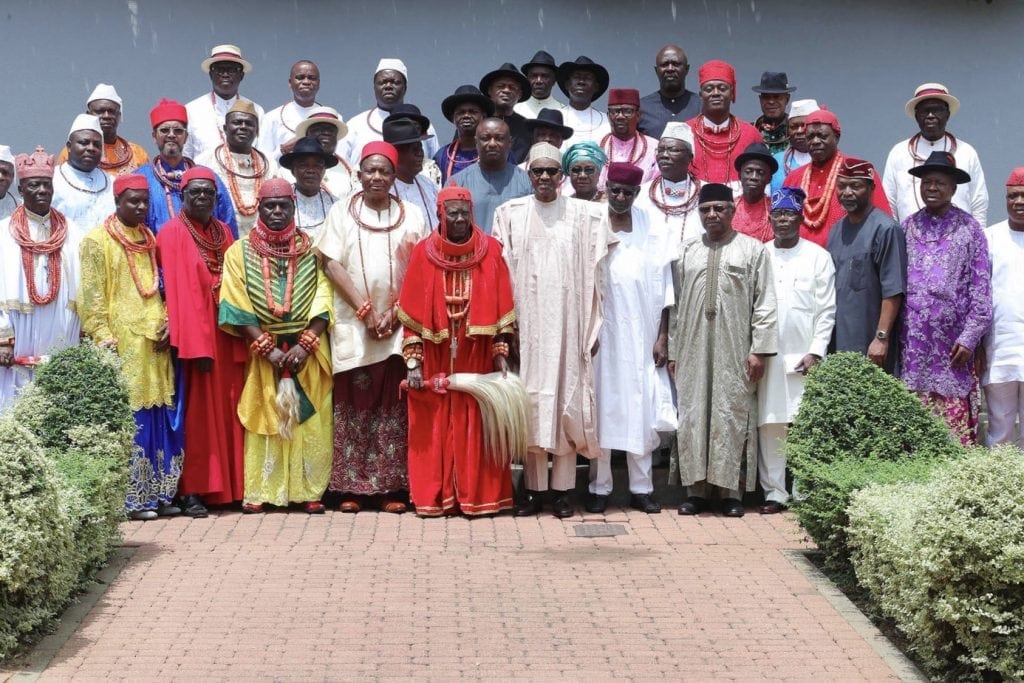