President Buhari to Security Chiefs: Nigerian Lives and Property Must Be Protected

President Muhammadu Buhari Tuesday in Jos directed security chiefs in the country to remain vigilant and ensure the protection of lives and property in the country.

Speaking at an interactive session with stakeholders in Plateau State in the aftermath of the recent killings in some communities, the President urged traditional and community leaders to complement government efforts by persuading their constituencies to tolerate one another for peace and unity in the country.

‘‘I will continue to pressurise members of the law enforcement agencies directly under me by the Constitution as the Commander-in Chief. About eight days ago, we had five hours security meeting of the service chiefs and the Inspector-General of Police.

‘‘What happened here in Jos is very bad. The question of leadership, from your household to whatever you are, is justice. The bottom line is justice.

‘‘That is why wherever I go, I will always appeal to the leadership of the communities, the law enforcement agencies to always have control of their constituencies,’’ he said.

Condemning the latest clashes in Plateau State, which left scores dead, President Buhari, who was accompanied to the meeting by Governor Simon Lalong of Plateau State and his counterparts from Kebbi and Niger, condoled with the affected families, the Government and people of the State, and wished those injured a speedy recovery.

The President also used the occasion of the interactive session attended by traditional rulers, community and religious leaders, representatives of youth, women and trade union groups, security chiefs and some top government officials to appeal to Nigerians to avoid inflammatory utterances that endanger peace or promote conflicts.

‘‘Whatever is being given to the media, we have to be very responsible about it.

‘‘Take for instance the situation in Benue. The Benue subsistence farmer knows that the Nigerian cattle herder that he knows doesn’t carry nothing more than a stick, occasionally sometimes something to cut grass to feed his cattle.

‘‘But the present herder, I am told, carries AK47 and people are even blaming me for not talking to them because maybe (they say) I look like one of them.

‘‘There is some injustice in these aspersions,’’ the President Buhari said.

According to him, “It is noteworthy that many Nigerians still acknowledge that despite the security challenges, this administration has made notable successes in the security sector.”

Earlier in his remarks, Governor Lalong blamed parties in the conflict in the State for reneging on their agreement to maintain peace, leading to the recent upsurge in violence, after nearly three years of calm and normalcy in the State.

‘‘We are concerned as a State that the sophisticated weapons used in these attacks, from the evidences on the ground and the narrations of victims, are not those conventional to our environment for self-defence but reflective of a terrorist invasion.

‘‘It, therefore, demands a justified response like that which was undertaken to address the Boko Haram insurgency,’’ he said.

The governor also requested that given the number of villages completely ravaged in the violence, the Federal Government should establish an Emergency Special Intervention Fund to help reconstruct the destroyed communities.

President Buhari also carefully listened to the presentations and recommendations made by Alhaji Nura Abdullahi, State Chairman, Miyetti Allah Cattle Breeders Association of Nigeria (MACBAN) and Mrs Florence Jambol, a representative of the Berom community in Plateau State, on engendering peace in the communities. 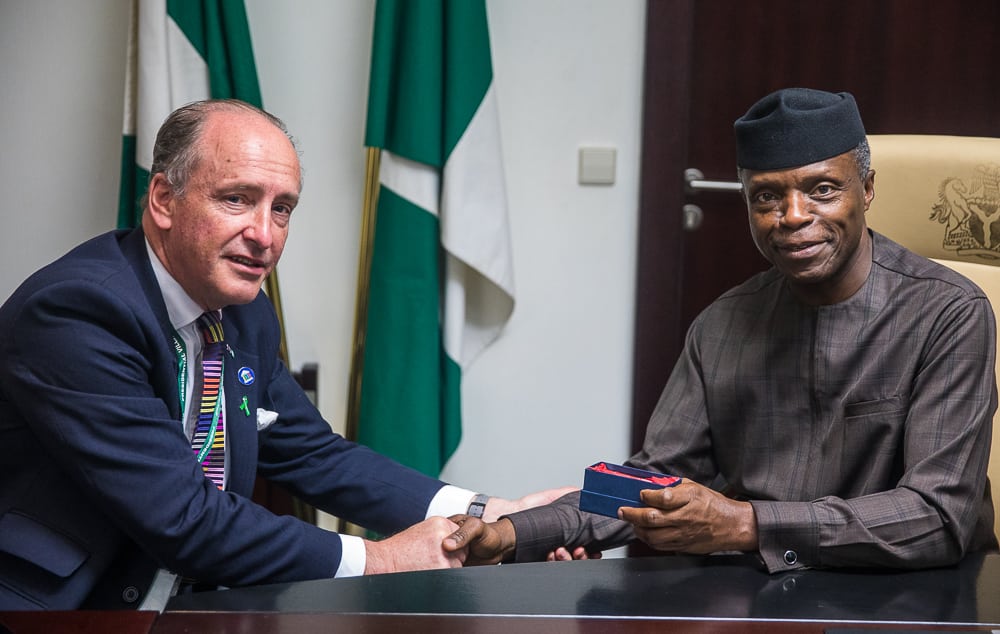 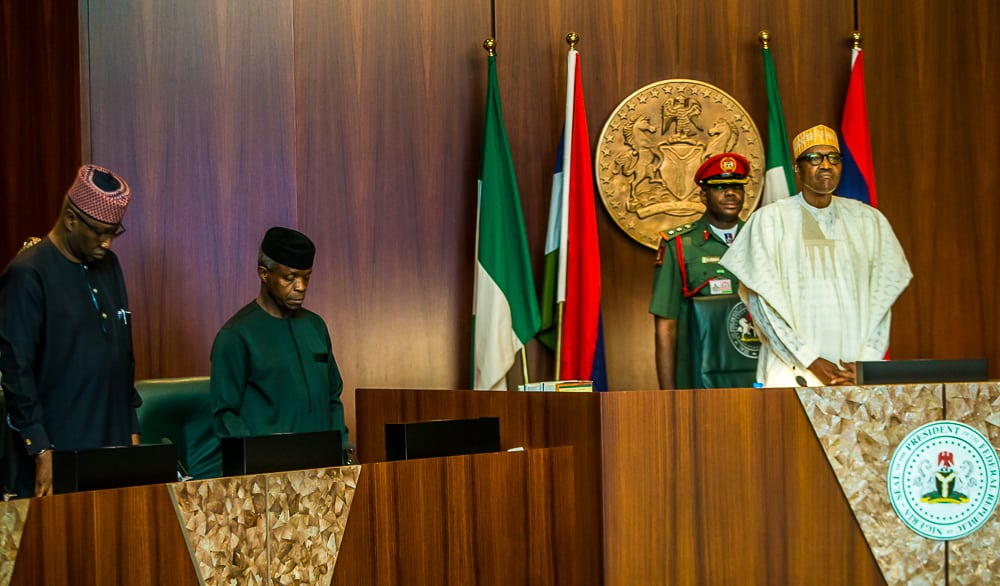