President Muhammadu Buhari on Thursday in Ankara, the capital of Turkey, laid a wreath at the mausoleum of Turkey’s founding father, Mustafa Kemal Ataturk, before meeting President Recep Tayyip Erdogan at the Presidential Palace.

Accompanied by Nigeria’s Ambassador to Turkey, Iliyasu Paragalda and other senior government officials, President Buhari laid the wreath in red and white colours of the Turkish flag at the tomb of Ataturk and later observed a minute silence.

Afterwards, the President signed the official Anitkabir memorial Book of Honour at the Misaki-i Milli Kulesi (National Pact Tower), within the precincts of the mausoleum, and toured the museum.

He wrote: ‘‘It is an honour and privilege to visit Anitkabir, the mausoleum of a great patriotic, visionary and courageous leader who shaped modern Turkey, during my official working visit to Ankara and the ninth D-8 summit in Istanbul.

“I pay my profound respect to Mustafa Kemal Atatürk, founder of the Republic of Turkey and the first President from 1923 until his death in 1938.

‘‘I am pleased with the friendly relations between Turkey and Nigeria, which has grown in leaps and bounds over the years. I look forward to a more fruitful cooperation between our governments and people in areas of mutual concern and interests, for the benefit of our people.’’ 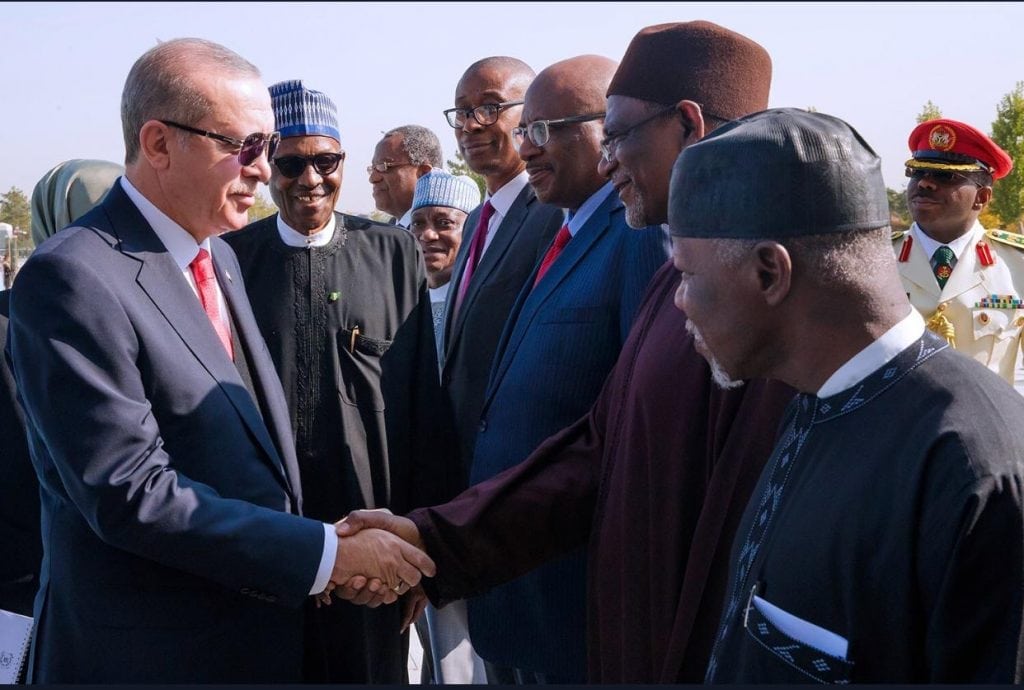