President Muhammadu Buhari Tuesday in Abuja said the era of Boko Haram terrorism is gradually drawing to end, with the narrowing of the recruitment base of the insurgents, and renewed onslaught by the Nigerian Army.

Receiving the Letter of Credence of Apostolic Nuncio of the Holy See to Nigeria, Most Rev. Archbishop Antonio Guido Filipazzi, at the State House, President Buhari said the terrorist group had lost appeal in its initial strongholds, necessitating a steady retreat that will eventually culminate in ending the insurgency.

“You can’t indoctrinate people who are below the age of 14 years and blow up churches, mosques, markets and you keep shouting God is great.

“The Nigerian Army is also not making it easy for them to grow, with more intelligence, orientation and regular, measured onslaught on their camps,’’ he said.

The President said the ongoing effort to dismember the terrorist group, and render it completely powerless will be intensified.

President Buhari, who described the Catholic Church as a strong partner in the development of Nigeria, noted that the church had made very significant contributions to the development of the educational and health system of the country.

On corruption, the President said the fight against the culture of pilfering public funds would be prolonged, and would require a new orientation by repositioning the entire educational system.

“I am pleased that the African Union has spoken out boldly against corruption and appreciated the work that we are doing here,’’ President Buhari told the Archbishop.

In his remarks, the Archbishop Filipazzi said the Holy Father, Pope Francis, had taken a keen interest on the fight against terrorism, corruption and reviving of the Nigerian economy.

“Mr. President, the Holy Father, sends his warm greetings and he is keen to denounce corruption everywhere,’’ he added.

The Apostolic Nuncio said he had travelled to the North East and was pleased with the efforts of the Nigerian Army in tackling the insurgents, and recovering some of the earlier lost grounds.

President Buhari also received Letters of Credence from the Ambassador of Niger to Nigeria, Mr. Alat Mogaskia and the High Commissioner of Ghana, Alhaji Rashid Bawa. 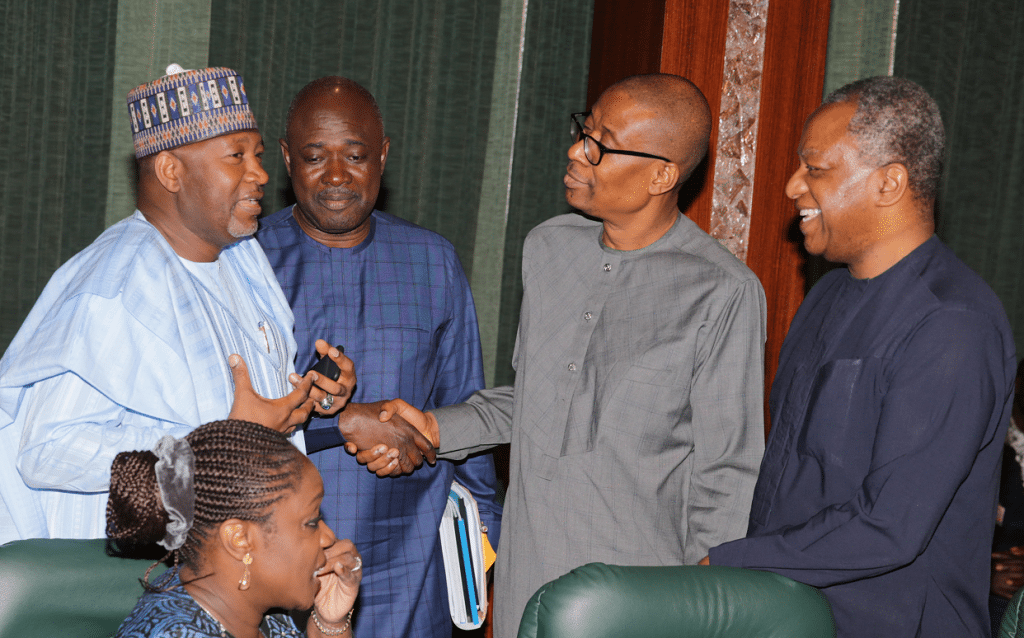