In a clear indication of ongoing progress, the Nigerian economy has improved further, according to the latest GDP figures just released by the National Bureau of Statistics, with oil, agriculture and industrial sectors leading the charge.

The Buhari administration welcomes the new growth figures, and will continue to work diligently on a daily basis to ensure inclusive growth, to which we have always been committed through the active pursuit of a raft of policy initiatives, past and present.

Such initiatives include but not limited to the Social Investment Programmes, Anchor Borrowers Scheme, longstanding Budget Support Facilities to the States, plus other bailout packages, ensuring the comprehensive payment of workers’ salary & pension backlogs among others. Equally, the Federal Government will be ramping up the implementation pace of the Economic Recovery & Growth Plan.

Below is the Statement of the Special Adviser to the President on Economic Matters, Dr. Adeyemi Dipeolu, after the Q3 figures were released:

“The positive growth in Q3 is consistent with the improvements in other indicators. Foreign exchange reserves have risen to nearly $34 billion while stock market and purchasing managers indices have also been positive.

“The naira exchange rate has stabilised while inflation has declined to 15.91% from 18.7 in January 2017. While inflation is not declining as fast as desirable, it is approaching the estimated target of 15.74% for the year in the Economic Recovery and Growth Plan.

“Agricultural growth was 3.06% in the third quarter of 2017, maintaining the positive growth of the sector even when there was a slow-down in the rest of the economy.

“The industrial sector grew at 8.83% mostly due to mining and quarrying. The oil sector grew very strongly as forecast in the ERGP and partly as a result of the policy actions in the plan to restore growth in the sector.

“The service sector is yet to recover but should soon begin to be positively affected by the improvements in the real economy and the effects of the dedicated and focused capital spending of over N1.2 trillion on infrastructure by the Federal Government.

“It is expected that the economy will continue to grow given these developments and the reform, and improvements in the business environment shown by the upward movement of 24 places in the recently released World Bank’s Ease of Doing Business Rankings which was better than the target of 20 places specified in the ERGP.

“The overall picture that emerges is that the economy is on the path of recovery. As inflation trends downwards, and with steady implementation of the ERGP, real growth should soon be realised across all sectors in a mutually reinforcing manner.”

Previous Post Speech: President Buhari's Remarks at The 2017 All Nigeria Judges' Conference of the Supreme Courts 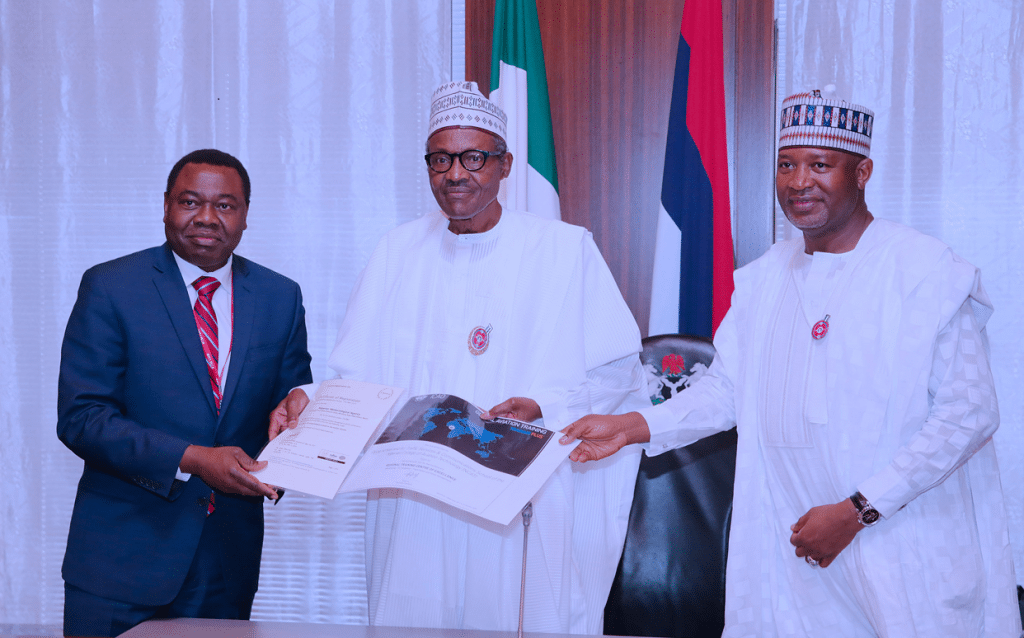