The Buhari administration is doing everything possible to quickly resolve the fuel shortages experienced by Nigerians, Vice President Yemi Osinbajo, SAN, has said.

Prof. Osinbajo said this during an unexpected stopover to Oando Filling Station at Lekki area of Lagos State on Christmas Eve. He also stopped at Hayden Petrol Station on the Island.

In a chat with Nigerians from all walks of life on Sunday evening during the stopover, the Vice President noted that the Federal Government was moving as quickly as it could to solve the fuel crisis and reduce the difficulties Nigerians were facing as a result.

“We will be able to solve the problem; the short period of scarcity is quite a bit of burden, but we know that so long as products are enough and the trucks coming out and feeding the stations, this will be over very soon. I am going around with the Honourable Minister of State for Petroleum Resources here in Lagos to ensure that first, the trucks are being loaded from all the depots, and also looking at the filling stations to see that things are moving on very well.

“The GMD of the NNPC is also working in Abuja to see that that things are moving quickly and we are moving around the country. So we expect that it will be resolved very quickly.”

“It’s such a shame that Christmas has been, to some extent, with this sort of discomfort. This is deeply regretted, and l know that, despite the resilience and strength of people in Lagos and the Nigerian people, we would see ourselves through this and will enjoy our Christmas and have a great new year.” 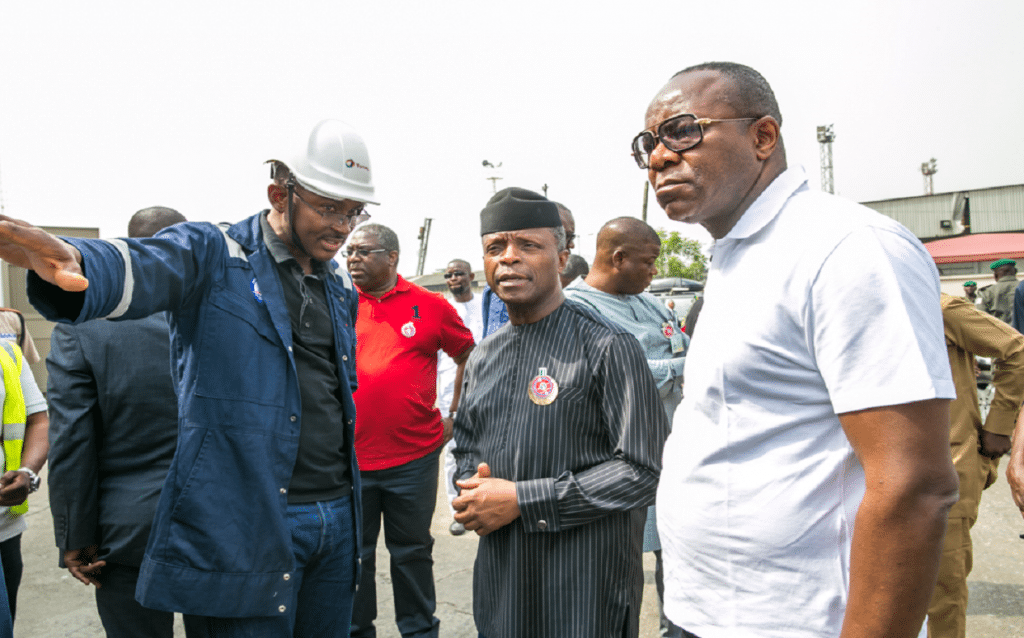