Chief Nike Akande, the honorary life Vice-President of the Nigerian Association of Chambers of Commerce, Industry, Mines and Agriculture and Engr. Ibrahim Usman, the Vice President of the Manufacturers Association of Nigeria (MAN) in the Northwest zone, both expressed their commendations during the interactive session of the forum, presided over by Vice President Yemi Osinbajo, SAN.

The chieftains said the economic initiatives of the Federal Government have recorded steady improvements, particularly in power, infrastructure and ease of doing business reforms.

Speaking on the general business environment in the country, Mrs Nike Akande said “first I have to recognize the efforts of the government. The ease of doing business is working and I can attest to that myself.”

She also expressed optimism that “things will continue to improve as a lot had already improved in the country especially in the area of power.”

In the area of port operation, Mrs Akande said there was need to improve access to Tin can and Apapa ports to complement government’s ease of doing business initiative.

On his part, Engr. Ibrahim commended the Federal Government’s initiative to address the power generation and supply challenges in the country, which according to him, “has helped the growth of commerce and trade in Nigeria”.

He said: “We know this government is doing very well on infrastructure especially in power, roads and railway sectors.”

The Vice President of MAN added that “there is much to be done to make our goods and services to be more competitive and that is the only way we can benefit from the African Continental Free Trade Area.”

In his remarks at the meeting, Vice President Yemi Osinbajo said the crucial component of the present administration’s economic policy has been, from the onset, “our partnership with the private sector and a rigorous process of engagement with them”.

According to him, “this is neither merely ideological nor rhetorical, it is simply the only way to go. Our 2018 budget is N9 trillion, and if you add the budgets of all 36 States, you may add probably another N12-15 trillion. This is barely 10% of GDP. Meanwhile private sector investment in the economy is in the order of 60-70% of GDP. How do you plan when most of your economy is not factored in?

“This is why in practically every detail of the implementation of our ERGP, we have ensured a rigorous process of engagement with the private sector.”

He added that the development of FG’s policies around exports and other aspects of trade have also taken the same route of constant engagement with the private sector.

The 8th edition of the Presidential Quarterly Business Forum focused on Export.
According to the Vice President, “we have dedicated groups looking at a variety of issues important to our export strategies. Our trade policy motives are to use the appropriate tools and instruments to strengthen the export potential within the economy and exporters who add value to goods; and apply incentives that promote and support investments and exporters who add value to goods.”

On Nigeria’s negotiations regarding the African Continental Free Trade Agreement the Vice President said “there are clearly huge gains for us. The rest of Africa also naturally see the enormous advantage of Nigeria’s participation. But we must be sure that we get the best possible terms for Nigerian trade and commerce.”

He however urged stakeholders “to be careful not to give the impression that there are minimum preconditions for continuous engagement with the process of signing the AfCTA”.

“Our focus is to create a strong economy that is friendly to investment and that is conducive for growth and resilient to shocks.

“To grow additional investments, we are also developing a systematic and data-driven approach towards engaging with international trade partners which will ensure that we are focused in our approach to entering bilateral trade engagements and we realise maximum returns from this,” Prof Osinbajo explained.

On the government’s efforts to improve infrastructure in the country, the Vice President said “the difference in substance in this administration, is the President’s commitment to getting infrastructure done.”

According to him, “not only are we investing more than ever before on infrastructure, we are also ensuring that we complete projects like the Kaduna-Abuja railway, Abuja light rail, started in 2007, stalled in 2010, meant to have been completed in time for the 2014 Commonwealth Games, it was abandoned, we just completed it in 2018. Although our opponents criticise us and say we are shameless, for even completing the project! The Mambilla Hydro Project is 40 years old in planning, but we have now budgeted for it and we are raising the capital.”

Laolu Akande
Senior Special Assistant to the President on Media and Publicity
Office of the Vice President
16 July, 2018 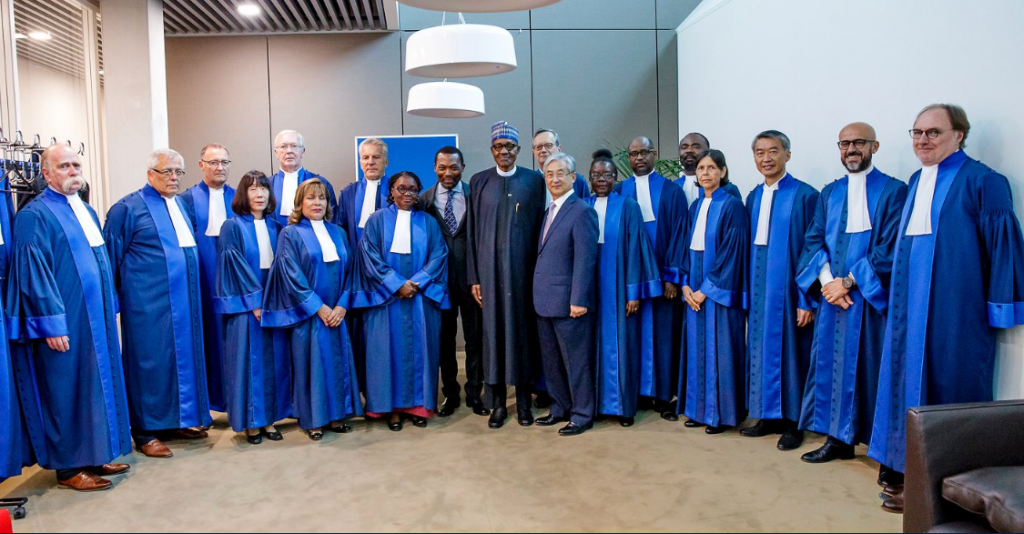