Prof. Osinbajo would be speaking on the potential of the Nigerian market and the gains recorded by the country through its Ease of Doing Business reforms.

The Buhari administration’s Ease of Doing Business reforms has helped in improving the country’s ranking in the World Bank’s Doing Business Index 2017, where Nigeria climbed up 24 places and was listed among the 10 most reformed economies globally.

The Berlin business interactions with the VP is being organised by the Nigerian Embassy in Berlin, in conjunction with the German-African Business Association (Afrika-Verein), and the meetings will consolidate on the outcome of the German Chancellor, Angela Merkel’s visit to Nigeria in August, earlier this year.

During the trip, the Vice President would, among other engagements, meet with key German financial sector executives with interest in investing in Nigeria, and others business leaders in sectors, including agricultural seeds production, technology and renewable energy.

Also, the Vice President will be in London on Tuesday, December 11, where he will feature at the Royal Society at an investment forum hosted by Jeune Afrique Media Group themed “Investing in Africa”. From there he would proceed to Cairo, Egypt, where he would be representing President Muhammadu Buhari later in the week at the First Intra-African Fair (IATF), which will be taking place in Cairo from 11th – 17th December, 2018.

At the IATF Nigeria Day programme, the Vice President would be delivering the keynote address. The Fair is being organized by the African Export and Import Bank (Afreximbank), in collaboration with the African Union (AU) to boost intra-African trade.

The Vice President would be accompanied on the trip by government officials of relevant agencies. He is leaving Nigeria today and is expected back on Thursday. 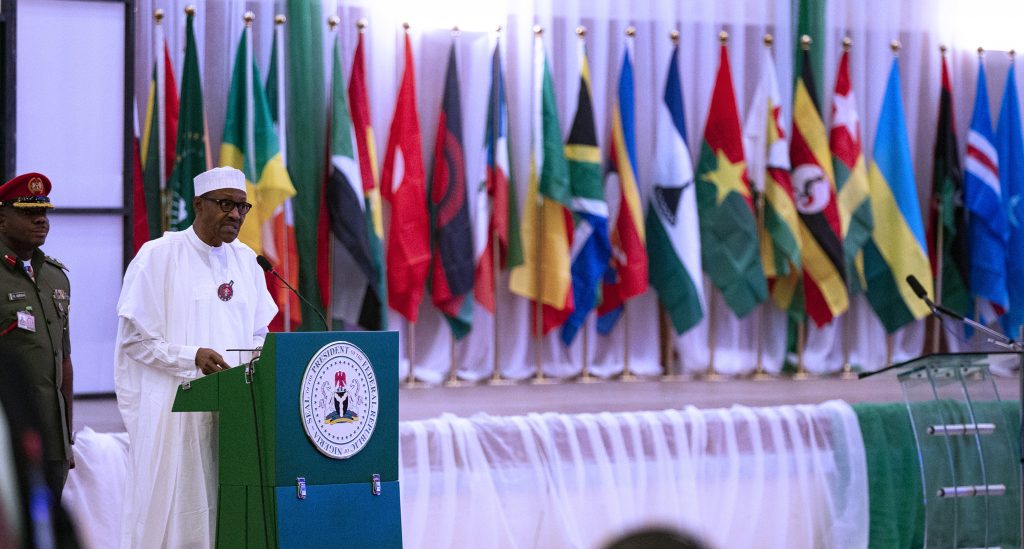